308 pregnant girls in Bono Region back to school after delivery

Some 308 girls, who got pregnant at the height of the COVID-19 pandemic in the Bono Region, have returned to school after delivery, Mrs Ivy Asante 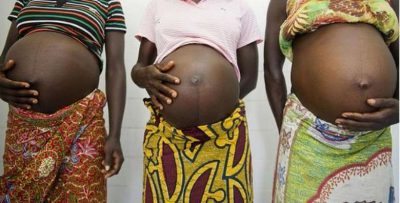 Some 308 girls, who got pregnant at the height of the COVID-19 pandemic in the Bono Region, have returned to school after delivery, Mrs Ivy Asantewa Owusu, the Bono Regional Director of Education, said on Wednesday.

Also, 800 girls, who dropped out of school due to the outbreak of the COVID-19 disease, had returned to the classroom, she said.

Mrs Owusu said this when she gave highlights of the state of education in the region at the inauguration of the re-constituted Bono Regional Coordinating Council (RCC) in Sunyani.

She said the directorate was poised to enhance retention rate, particularly in basic schools and asked the RCC to support the move.

That notwithstanding, the Regional Director said many of the SHSs, whose result had been released by the West Africa Examination Council (WAEC), performed excellently and called for broader discussions among stakeholders to help control examination malpractices in the region.

She, however, expressed concern about the poor attitudes of some basic school teachers towards work and called on the various District and Municipal Assemblies to motivate teachers, particularly those in hard-to-reach communities to enhance their performance.

Mrs Owusu mentioned inadequate logistics and infrastructure as some of the challenges affecting education in the region and entreated the RCC to intervene and ensure that deprived schools were provided with school buses and classroom blocks.

“Some of the Municipal and District Directorates of Education in the region urgently need pick-up vehicles to improve on their supervisory roles”, she said.

Mad Justina Owusu-Banahene, the Bono Regional Minister, indicated quality education remained the bedrock of the economy and development and assured the RCC’s commitment to ensure an enabling environment was created in schools for improved education in the region.