Effutu MP Alexander Ayenyo Markin told Joy News Thursday, the “immediate reinstatement” was part of an agreement reached with the Governing Council and a delegation from the Education ministry.

According to him, he was delegated together with Assin Central MP Kennedy Agyapong to speak to factions disgruntled by the decision to sack Principal of the College of Languages Education at Ajumako, Prof. Ephraim Avea Nsoh; local President of the University Teachers Association of Ghana (UTAG), Dr. Frimpong Kakyire Duku and an alumni representative on the University Council, Dr. Emmanuel Osei Sarpong.

They were sacked for reasons which have been criticised as flimsy, unjustifiable and smacking of vindictiveness. 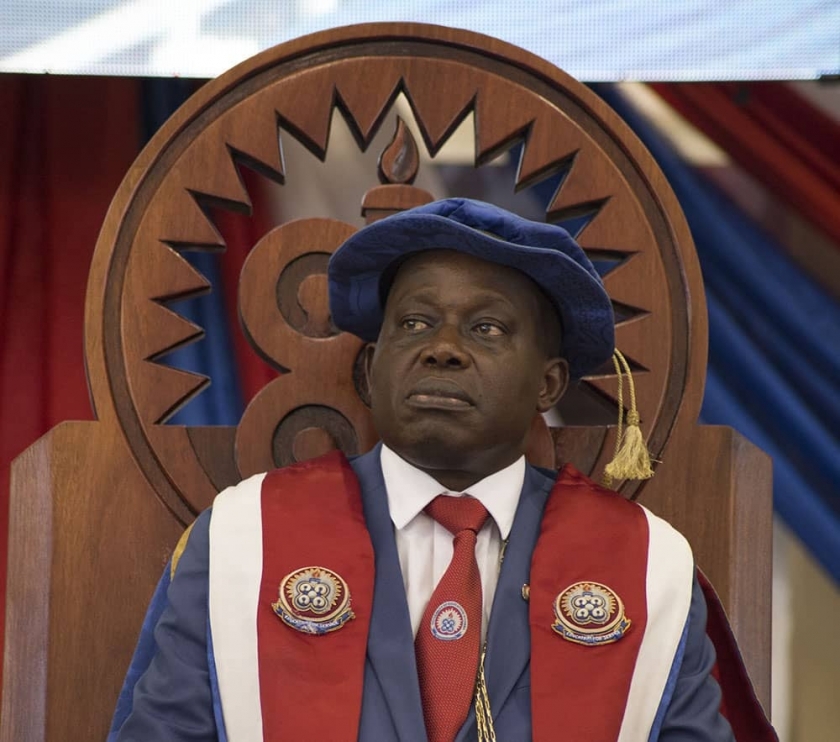 The President during the induction ceremony urged Prof. Anthony Afful Broni, to build bridges of reconciliation.

According to UTAG, the Vice-Chancellor Rev. Fr. Professor Anthony Afful-Broni has been on a purging spree, eliminating critics and dissidents after he was sworn in as Vice-Chancellor in March 2018 following a period of unrest within the university.

The university was closed down Thursday after students continued day three of their protest, this time with violence.

Photo: Students protesting the decision to sack the three lecturers

Afenyo Markins said the decision to reinstate the lecturers also includes workers sacked or removed by the Vice-Chancellor who is also a Catholic Priest.

At least 30 teaching and non-teaching staff have been sacked since Prof. Afful-Broni took over.

The Effutu MP said the decision of the University’s Governing Council will be officially communicated to the public.

“I have no doubt in my mind that, that will be done”, he said.

In the meantime, the two-man delegation have since the agreement has gone around the campus along with UTAG executives to inform the three principal officers as well as the students.

“They were happy about it”, he told Joy FM’s Top Story Thursday.

“At the end of the day, the injustice and victimisation we all spoke against have been addressed”, he said.

The NPP MP who has been accused of being too intrusive in the politics of UEW since his party won power in 2017 said he is standing down his call for the Vice-Chancellor’s resignation.

The calls have also been made by the students and UTAG.