The Brong Ahafo region has produced yet another National Best Farmer in the person of James Obeng Boateng. 60-year-old Jame 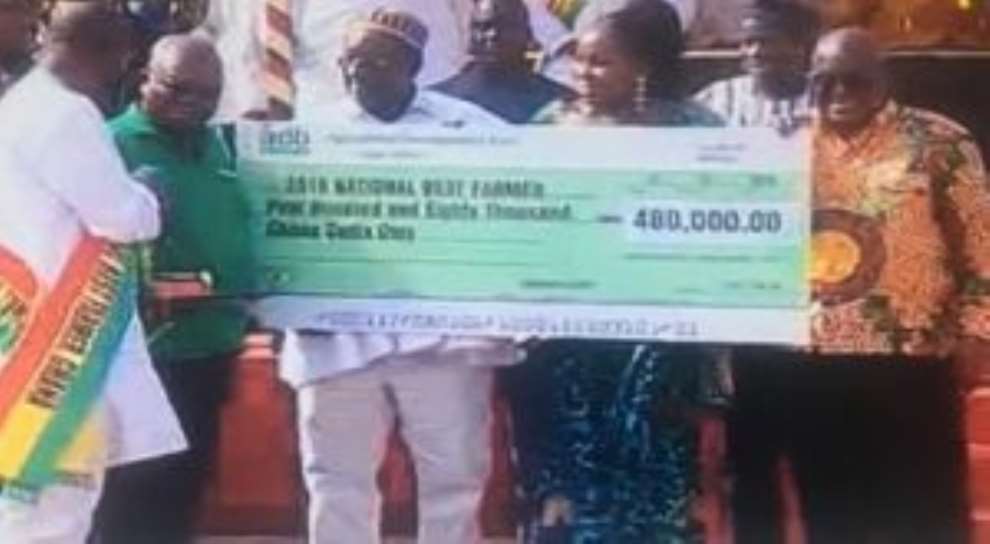 The Brong Ahafo region has produced yet another National Best Farmer in the person of James Obeng Boateng.

60-year-old James Boateng has been adjudged the 2018 National Best Farmer at the 34th edition of the celebration which was held today in the Northern Regional capital, Tamale.

President Nana Addo-Dankwa Akufo-Addo, who was there to grace the occasion, presented a GHC480,000 cheque to James Obeng Boateng.

Mr. Boateng, a father of six from the Nkoranza South District of the region, has been farming for the past 18 years.

He also manages two fish ponds as well as 100 beehives.

Mr. Boateng has been described as a philanthropist and is also a former 1st Runner-Up at the awards in the Nkoranza District of the Brong Ahafo Region.

Charity Akotia, who is based in the Central Region, was adjudged the 1st Runner-Up, while Alex Frimpong, who farms in the Kwahu Afram Plains of the Eastern Region, came in third.

The National Farmers’ Day was instituted in 1985 in recognition of the role farmers and fishers play in the economy.

The prize for the first best farmer notably comprised two machetes, a pair of Wellington boots and a preset radio at a national durbar held at Osino in the Eastern Region in 1985