The Brong Ahafo Regional Minister Hon. Lawyer Asomah Kyeremeh is currently on a Thank You Tour in the Asutifi South District (29th March 2018.) At

The Brong Ahafo Regional Minister Hon. Lawyer Asomah Kyeremeh is currently on a Thank You Tour in the Asutifi South District (29th March 2018.)

At the time of meeting the entourage, they had already visited Kwaku Nnummaa, Ssienky3mu, Dadie3soaba.

Ahafo News witnessed the engagements of the Minister and his team with the chiefs, queen mothers, elders, opinion leaders and the community. 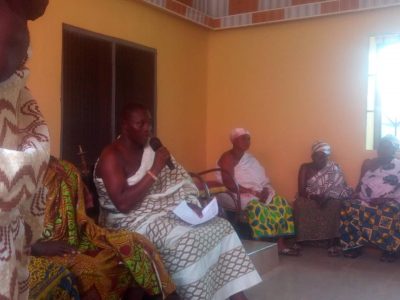 After welcoming Hon Asomah Kyeremeh at the Mehame Palace, the Kontihene outlined a few projects of importance to the community which needed some assistance.

The Chief indicated that, through community self- help activities they had been able to complete 6- units of accommodation for security personnel.

There were however, 4 units that are currently outstanding and hence needed support to attain completion status. 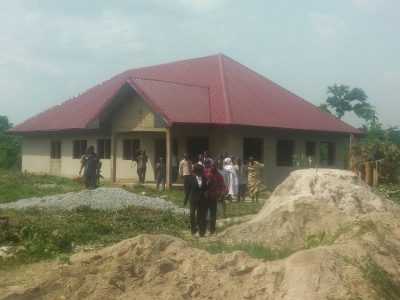 The need for more drinking water sources, good roads, extension of the electrification project and the importance of the creation of the Ahafo Region were highlighted.

The Queen Mother also thanked the current government for introducing the School Feeding programme in Mehame for the first time. She however pleaded that more schools should be made beneficiaries, due to the fact that pupils of non beneficiary schools of the school feeding program are mostly shifting to the single beneficiary school. This is creating major problems in the community.

The elders also showed their utmost gratitude to Hon. Dwumoh Mensah, The District Chief Executive of Asutifi South for his dedication towards the development of Mehame and adjoining towns and villages.

The Minister took turn to thank Nananom and the people of Mehame for their warm welcome.

In addressing the community, Hon Asoma Kyeremeh acknowledged all the requests presented by the elders of Mehame. He indicated that, he was very appreciative of the the good self-help initiatives carried out by the local community which needed to be applauded, emulated by other communities and also needed to be supported by government.

The Minister and his team took time to interact with a section of the community and thereafter headed off for inspection of the CHPS Health Project in Mehame.

The people of Mehame presented, (as is characteristic of Ahafo generosity) Plantain and a white Ram to bid them a safe tour.