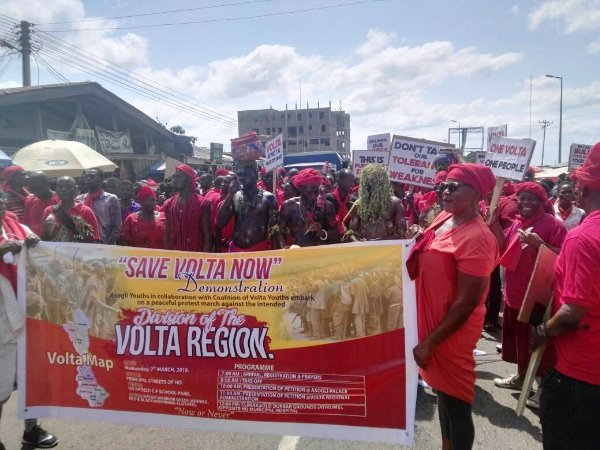 Two registered voters in the proposed Oti Region have filed for an injunction restraining the Electoral Commission from organizing the referendum scheduled to take place in the Oti Region.

In the application which also has the Attorney General as the second Respondent, the applicants Gabriel Aziaglo, Dan Louis Nikabo insist the EC has violated their right to vote by failing or delaying to publish the list of the polling stations within which the referendum will take place.

The applicants aver that by failing or delaying the list, they, as interested parties in Thursday’s referendum have been denied a fair opportunity to present monitors to prevent acts of impersonation, multiple voting and other voting irregularities.

They are therefore asking the court, to as a matter of urgency, put an injunction on the upcoming referendum pending hearing into their substantive case.

The application was filed on a day when some identifiable groups made up of security agencies, officers of the Electoral Commission and the media, took part in the special voting on the proposed creation of six new regions in 47 districts across the country.

The exercise took place in the Brong Ahafo, Western, Northern and Volta regions.

In all, some 10,127 persons are eligible to participate in the exercise and voting is expected to end at 5 PM.

With the special voting almost over, the EC will be preparing for the referendum proper which is slated on Thursday December 27, 2018.

But the applicants are seeking to stop the EC from organizing the referendum.

As interested groups the applicants say “The Constitutional Instrument mandates 1st Respondent to publish in the gazette for purposes of official notice the list of places the 1st Respondent has designated as polling stations in the various districts across the proposed regions for the purposes of the referendum. The law requires this is in mandatory terms when it uses it “shall publish.”

The applicants say failure to publish the list of polling stations prevents them from having adequate information about the referendum which they are supposed to take part in.

They, therefore, want an injunction to be imposed on the exercise in order for their case to be heard.

Below is the full documents ….
COURT DOC 1