Workers of Shaanxi Mining Ghana Limited on the streets
Hundreds of workers of the Shaanxi Mining Ghana Limited at Gbane on Wednesday took to the streets of Tongo in the Talensi District of the Upper East Region and called on the President and regulatory bodies in the mining sector not to revoke the licence of the company.
The Concerned Citizens of Talensi had earlier called for a revocation of the company’s license following a disregard on safety standards which recently led to the death of some people.
On Thursday March 14, 2019, members of the Concerned Citizens of Talensi embarked on a similar demonstration to register their protest against the company and its partners, Yenyeya and Pubodtaaba Mining Groups all located at Gbane.
However, the Shaanxi workers during their protest on Wednesday said revoking the license will result in the displacement of 641 workers and the business environment in the Talensi district.

Some of the placards they carried read: “Shaanxi must stay and has come to stay,” “Stop the galamsey ritual murder now”, “Protect genuine foreign investors”, “Shaanxi has no hand in the death of the youth” and “Kwesi Appiah (Bantama) killed 7 youths in April 2017.”

The workers later gathered at the premises of the Talensi District Assembly where their Local Branch Union Chairman, Mr Michael Anagbire read and presented their petition to the Talensi District Chief Executive, Dr Christopher Sormiteyema who assured them that he would pass on their grievances through the Upper East Regional Minister, Madam Paulina Abayage and then to the President.

A six-point petition delivered by Mr Anagbire further called on the Attorney General’s Department to “kindly take proactive steps to initiate actions in court to quash the injunction secured by the illegal miners so as to enable the Ministry of Lands and Natural Resources, Minerals Commission and the Takensi District Assembly to move to site to seal all the pits in the Gbane mining area connected to our underground operations to avert the recurrence of the needless deaths”.

It also called for the arrest and prosecution of one Kwesi Appiah a.k.a. Bantama for the death of the young man who died in a pit as recommended by an investigation report.

Furthermore, Kwesi Appiah should be instructed to pay “commensurate compensation to the bereaved families since the report holds him liable”. 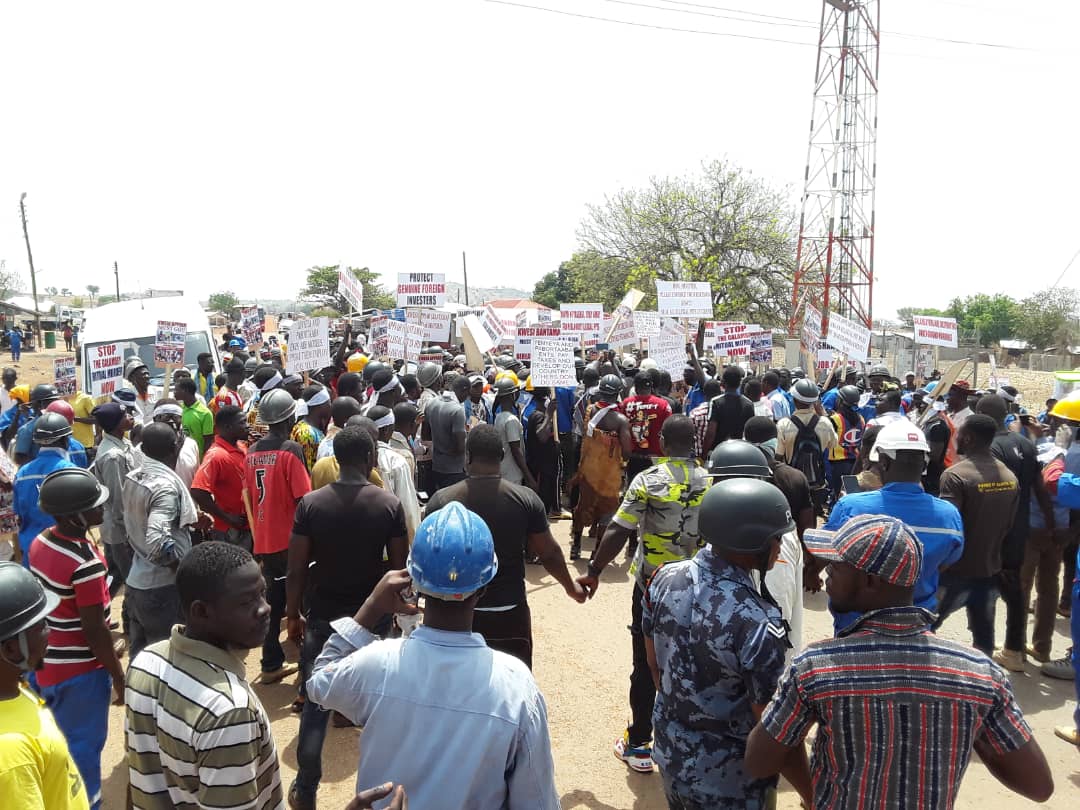