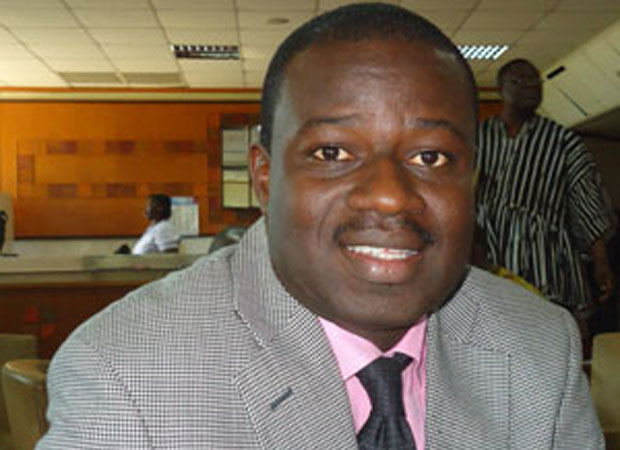 Chairman of the Parliamentary Select Committee on Foreign Affairs, Hon Frank Annor Dompreh has refused to accept claims that “systems” are to be blame

Chairman of the Parliamentary Select Committee on Foreign Affairs, Hon Frank Annor Dompreh has refused to accept claims that “systems” are to be blamed for the double salary saga that has hit some Members of Parliament (MPs), drawn from the Minority side.

To him, the glitch cannot simply be blamed on the inefficiencies of the Controller and Accountant General’s Department (CAGD), since that outfit is manned being humans.

A couple of former government appointees in the erstwhile Mahama-led administration have been frothing with rage over allegations that they received double salaries as MPs and also as Ministers or Deputy Ministers.

They accuse the government of intimidation and have vowed to resist attempts to use the security agencies to witch-hunt them.

While some analyst argue the double payments may have arisen from lack of synchronisation of the payment systems for MPs and ministers, others say the anomaly occurred because it is a normal custom being practiced by every set of government.

Whilst the Parliamentary Service pays MPs, the Controller and Accountant General’s department pays ministers and their deputies.

MPs who were appointed ministers and deputy ministers, it is believed, took their salaries both as MPs and as Ministers.

The Criminal Investigations Department of the Ghana Police Service is currently investigating the matter and is inviting some accused persons for questioning.

Although it annulled the invitation of 18 out of the 25 accused persons last week, it said it would soon reinvite them to help in investigations.

At a press conference last week, the Minority Spokesperson on Finance, Cassiel Ato Forson said the accusation is only geared towards unnecessarily “criminalizing and harassing” Minority MPs.

Speaking on The Big Issue on Saturday, he said although the beneficiary MPs must equally share the blame for not notifying the Controller and Accountant General’s Department, the department had a greater responsibility of ensuring that the right salaries were paid

Contributing to a panel discussion on Peace fm’s ‘Kokrokoo’ the Member of Parliament [MP] for Nsawam/Adoagyiri, advised that citizens found of associating all corrupt practices with “our system”, should desist from such comments and rather speak against what is not right.

“Let’s stop associating our system to the double salaries received saga, for there is nothing wrong with our system, it is us, (individuals at the helm of affairs) who have made it so,” he said.

Hon Frank Annor Dompreh stated that it is not a best practice for a president to be always blamed for a mess caused. There are institutions in place to check-up on issues relating to their field of work, since the president alone cannot monitor or make sure the right thing is done in every sector.

“Indeed our various institutions must take up their mandates assigned them to keep the country moving and in good shape, for the president cannot do it alone”