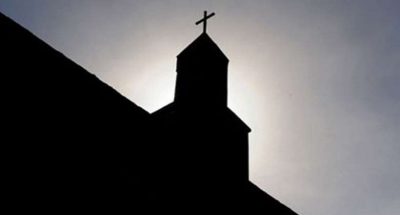 Money and properties were stolen from the mission house of the Memorial of Christ Evangelical Ministry at Akyem Otum in the Kwaebibirim District of the Eastern region during the December 31 st watch night service.

This has been confirmed by the head pastor of the church, Pastor Eric Quarter during an interview with Starr News.

According to him, an amount totaling GHS13,000 was stolen by robbers who broke into the mission house.

He disclosed that in addition, his television set and other items were stolen by the robbers after he returned home from the December 31st night service with his wife.

“All of us went for 31st all-night. Nobody was left behind. There is a little distance where the Church is and the mission house. So we closed around 1:0am so when we came my wardrobe was down then my wife said Daddy the wardrobe is down. She said armed robbers have attacked us.

“Then I said the house is closed so how can armed robbers come here before we saw that they broke the window. They took my wife’s money an amount of Ghc10,000 and mine about ghc1000, then church money about Ghc2000 and about 15 Kente cloths, store shirts and in fact a lot of things. They took away my television set,” Pastor Quarter shared.

Recounting how a similar incident happened to him last year but the Police failed to bring the culprits to book after taking GHS2,000 from him, the pastor has decided not to file any report of the incident.

Pastor Eric Quarter who is now furious has decided not to let this go. He insists that with the power given to him by God, he will let the perpetrators suffer.

“So I called the chief and told him in fact this is the third time this is repeating so I will let them go naked in town. They will weep and cry. The Lord said I am going to do something in Israel that everybody that will hear will be shocked. I am going to do that thing in that town that everybody that will hear it will be shocked.

“Their youth are going to die. I will set an example in that town. They think the spiritualist and Mallams are the only ones that can do that thing. The use the Bible is very dangerous than those people. Only one thing we can do and a nation will be destroyed,” the Pastor noted.