IMANI Africa President, Franklin Cudjoe says he does not see the need for the Ejura committee of inquiry to continue the investigation after the Ashan

IMANI Africa President, Franklin Cudjoe says he does not see the need for the Ejura committee of inquiry to continue the investigation after the Ashanti Regional Minister admitted to issuing the command for the military to go to Ejura.

The Ashanti Regional Minister, Simon Osei-Mensah, has defended the military involvement in the tensions in Ejura which saw soldiers open fire on protestors, killing two and injuring four.

He said his decision to request for the presence of the military was based on intelligence he had picked up that the youth were planning to set the Ejura police station ablaze, and a house belonging to two suspects arrested in connection with the death of the social activist, Ibrahim Muhammed.

“So based on this information, I ordered the police and military to go to the town and maintain law and order, and I did so as Chairman of the Regional Security Council because the law grants me that power,” Mr. Osei-Mensah explained.

He said his action was also in line with the Security and Intelligence Agencies Act 1030.

“I’ve used this strategy all this while. This is the first time we have casualties, and I think we should continue with it,” Mr. Osei-Mensah said.

Speaking on The Big Issue, Mr. Cudjoe stated that the reason for the inquiry was to probe what led to the whole incident at Ejura which only escalated after the military dispersed the demonstration ground, so he believes it should have ended after the Minister admitted to giving the order.

“I thought that the Committee’s work should have been done immediately the Ashanti Regional Minister said he gave the command because isn’t that what we are looking for? Who gave the order? That’s what they are meant to be looking out for… The circumstances and the killings in Ejura… And he provided some video evidence to show that the police were getting overwhelmed, and so as a result of that he felt in his right to give an order for that to happen.”

“Of course, we have questioned whether he was right to give the order in the first place, So I thought the work is done. If the demonstration ground had not been dispersed with live ammunition and some people killed and maimed, we wouldn’t be having the committee sitting. Somebody gave the order and the person has identified himself, so I think the matter ends there,” he added. 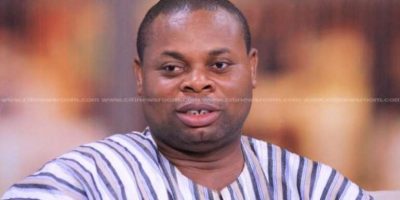