Nigeria, Ghana sprint to join digital currency race
Man beaten to death by ‘sex workers’ after refusing to pay
It’s not too late to get Highlife onto global stage – Pat Thomas 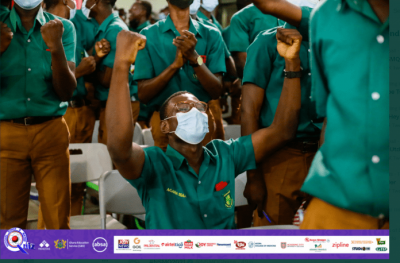 Prempeh College have been crowned winners of the 2021 National Science and Maths Quiz after seeing off Presbyterian Boys’ Senior High School and Keta Senior High and Technical School in the final on Friday.

With 53 points, the Kumasi-based senior high school prosecuted a host-and-win agenda as the contest was taken to the Ashanti Region capital this year for the first time in history.

Presec-Legon had 49 points while Keta SHTS, the first school from the Volta Region to make it to the final, had 30 points.

The Accra-based school made their intentions of annexing a seventh trophy clear as they jumped to the lead after Round 1.

They kept this lead until Round 4, when the eventual winners took over.

With a one-point difference, Amanfuor, as Prempeh College is affectionately called, turned the heat on in the final round, which involved the riddles.

They answered the first two riddles correctly to open the gap by four points and that was how it ended.

By the win, Prempeh College close the gap on Presec-Legon, who have six trophies in their cabinet.