GES apologizes to Akufo-Addo on behalf of students who insulted him in viral video; probes the matter

GES apologizes to Akufo-Addo on behalf of students who insulted him in viral video; probes the matter 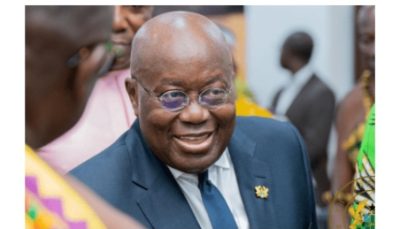 The Ghana Education Service (GES) says it has started investigations into a viral video on social media in which some students at the Chiana Senior High School were captured openly insulting President Nana Addo Dankwa Akufo-Addo.

The GES apologized to the President on behalf of the school and the students.

“Management of the GES wishes to extend our sincere apology to the President and the general public on behalf of the students and the school,” the GES said in a statement released on Monday November 14.

The GES described the act as “unfortunate”, adding that it is “against every educational and moral principle of our society.”

Loading...
Newer Post
Sharearly Foundation through Ahafonews.com has been Able to Secure Scholarship for Brilliant but Needy Student at University of Cape Coast
Older Post
REASONS WHY AHAFO REGION IS WORTH A VISIT!