The immediate-past Ashaiman Constituency Chairman of the National Democratic Congress (NDC), Shaddad Umar Jallo has promised to pay half of the GH 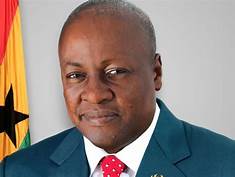 The immediate-past Ashaiman Constituency Chairman of the National Democratic Congress (NDC), Shaddad Umar Jallo has promised to pay half of the GHS400,000 filing fee for former president John Mahama.

According to Mr Jallo, his decision to support the former president is borne out of love for him coupled with his ability to win political power for the NDC in the 2020 elections.

In an exclusive interview with Class News’ Ibrahim Obeng-Mensah, Mr Jallo refuted an assertion that the flag bearer race is now for the highest bidder.

Explaining further, Mr Jallo argued that all aspirants who cannot raise the GHS400,000 filing fee are not eligible to lead the NDC to be president.

“When I heard about it, I said it’s good because the party needs money to run the party. If somebody likes John Mahama in this country, I’m the first person because I used my 4 x 4 car and branded it John Mahama because I want John Mahama to come back so we can take power from the NPP in 2020.

“Nobody can take power for the party in 2020 than John Mahama. Because of that, this GHS400,000, I Shaddad Jallo, I’ll make sure that I’ll pay half of that money for John Mahama because I love him, I want him to come back to take power for us in 2020.”

Critics, including some of the flag bearer aspirants, have slammed the “exorbitant” filing fee.