Husband, wife in court for illegal possession of narcotics

Triggers of coups in W/A were created by most participants of the ECOWAS summit in Accra – Amaliba
Andre Onana: Cameroon and Ajax’s keeper has doping ban reduced
B/R: Dormaa West DCE urged residents to avoid fire outbreaks as harmattan approaches 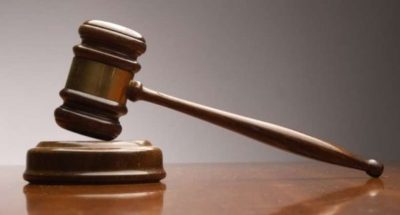 Drama unfolded at the Wamfie Magistrate Court in the Dormaa East District of the Bono Region when a 49-year-old farmer wept bitterly as the court remanded him in prison custody.

The plea of Musah Muni, who was in the court for possessing illegal narcotics, and another accomplice, was however not taken and they would re-appear on January 28.

Rashida Alhassan, age 33, a nursing mother, and alleged wife of the suspect, was not in court because she sent his child to the hospital.

Amidst wailing and sighing, Muni pleaded for pardon, but the court did not reverse its decision.

Prosecuting, Inspector Godwin Tekiy told the court the suspects Muni and Alhassan were residents of Nkrankwanta and Yawowusukrom respectively in the Dormaa West District.

He said on January 12, this year, the police embarked on an operation and arrested the suspects, who were holding polythene bags containing dried leaves suspected to be Indian Hemp.

On seeing the police, Alhassan hid the polythene bag on a lazy chair and laid her head on it, prosecution said adding that made the police suspicious.

Inspector Tekiy said during a search in the bag, the police discovered a half parcel of dried leaves and another parcel at the roof of their room.