Impasse between Parliament and police over Xavier Sosu needless – Mahama 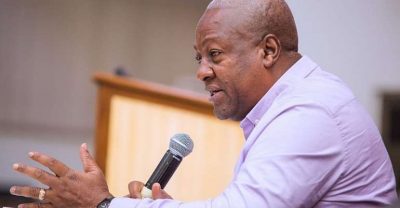 Former President John Dramani Mahama has described as unnecessary the stand-off between the Ghana Police Service and Parliament over the attempts to interrogate the Madina MP over his role in a protest in his constituency.

Speaking on Accra-based Power FM ahead of his tour of the Greater Accra Region, Mr. Mahama said Parliament and police needed to come to an amicable settlement on the matter like had been done in the past.

“There are also procedures they can use to resolve this matter, including inviting the police to speak to the MP involved in the speaker’s office. You do not just arrest and interrogate him.”

Mr. Mahama stressed that separation of powers was key to protect MPs from the Executive.

“Under our constitution, there is the separation of powers and special dispensation to deal with MPs who violate the law.”

“The president can use the police to harass other arms of government. This is why MPs are enjoying a certain immunity. That is why the police treat their cases differently,” Mr. Mahama said.

The former President also backed Mr. Sosu’s role in the October 25 protest to demand better roads in his constituency.

“As part of their mandate, MPs are supposed to show leadership. Xavier Sosu was leading his constituents to demand their share of national development,” Mr. Mahama said.