The District Chief Executive (DCE) for West Gonja District in the Northern Region, Hon Saeed Mahazu Jibril has ordered the closure of all shops in

He has also placed a ban on the transaction of business and commercial activities on the day of the referendum for the proposed Savanna Region.

This is to afford prospective voters the opportunity to fully participate and vote YES to ensure the creation of the Ahafo Region.

In a letter signed by the DCE, Hon. Saeed Jibril and copied to thepressradio.com on Thursday, 20th December, 2018 stated that ” we write to inform you of the upcoming referendum on the creation of new Region slated for Thursday, 27th December 2018.

“In view of this, the office of the West Gonja District Assembly writes and directs that, all Drinking Bars, Commercial Shops, etc. should remain close to allow registered voters to vote. With this directive, all shops are mandated to open after 5.00 p.m when the voting would have ended” the letter added.

The method and means of preventing the shops from operating is however not indicated in the letter. Massive education is ongoing in the proposed Savanna region. 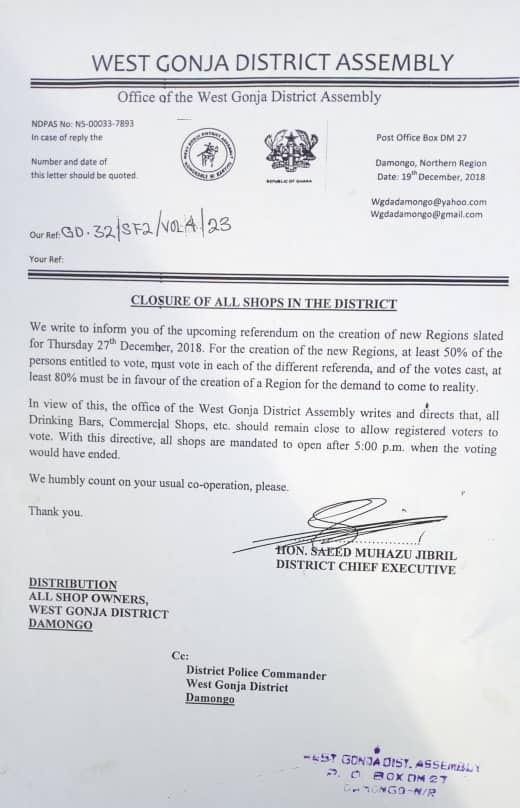