It’s wrong for soldiers to protect Speaker, its the function of Police — Baffour Agyeman-Duah

A former Senior Governance Adviser to the United Nations Mission in Liberia, Baffour Agyeman-Duah, has condemned the military protection for some 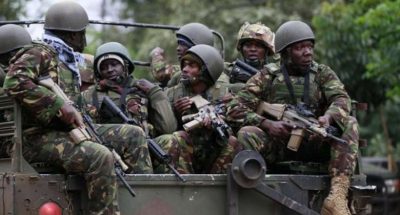 A former Senior Governance Adviser to the United Nations Mission in Liberia, Baffour Agyeman-Duah, has condemned the military protection for some important personalities such as Speaker of Parliament.

In his view, the protection of the Speaker should be the function of the Police and other security agencies apart from the Military.

The Chief Executive Officer of the John Agyekum Kufuor Foundation told TV3’s Noble Crosby Annan on the Mid day news on Monday January 17 in connection with the withdrawal of military attached to the office of the Speaker of Parliament by the Ghana Armed Forces (GAF), that soldiers should only be called in to help when the need is critical.

“First of all, the issue of security must be treated very carefully because people’s lives depend on it. The issue of security protection in most democracies, we have what we call permanent protection for the executives. If you go to the United States for instance, they formed a special group fully dedicated for presidential protection .

“All other kinds of protections are interim and temporary depending on the security threats to those individuals or institutions. So, when we talk of giving security it has got to be based on a threat assessment which basically is the process whereby you evaluate and verify perceived threats including their likelihood.

“In that respect, if you look at the Speaker for that matter you just have to find out whether there is a current threat to the person and the nature of the threats, based on that you devise the protection.

“Another point to make on this important conversation is that when it comes to the military we have to be careful. If in fact military protection was provided over the years, to speakers I will be surprised and and it was wrong.

“Because I think such individuals do not require military protection. We have to be careful and avoid militarizing civilian governments just as we should avoid civiliazing the Military. We have Police and many other security agencies who can do the job unless there is a serious need for combat battalion to make a protection.”

The Ministry of National Security has said the news about the withdrawal of the soldiers attached to the Office of the Speaker has been given misinterpretations by a section of the Ghanaian public.

The Ministry said in a statement that soldiers do not form part of the security arrangement of the Speaker and Members of Parliament.

They only come in a need-basis in accordance with stated state protocols, the Ministry explained.

The statement added that the security of the speaker is intact, no changes have been made to it.

“The Ministry of National Security would like to place on record that contrary to the aforesaid misrepresentations, all requisite resources including logistics and personnel required for full protection of the Speaker have been provided.

“It is worth noting that for the first time since 2017, the security arrangements for both the Speaker and Members of Parliament have been significantly enhanced. PRESS-RELEASE-15-01-2022-ref Download

“It also needs stating that personnel of the Ghana Armed Forces do not form part of the security detail for the Speaker and Parliament as Parliamentary security support is provided by the Ghana Police Service. Any need for specific agency support is typically executed on the need-basis in accordance with stated state protocols.”

The clarification comes after Member of Parliament for Banda and Deputy Minority Whip, Ahmed Ibrahim, has claimed that the removal of the soldiers who were attached to the Office of the Speaker, was on the orders of President Nana Addo Dankwa Akufo- Addo.

Speaking on the News 360 on TV3 Saturday January 15, the Member on the Defence Committee said the news of the removal came at a shock to the Minority in Parliament.

“This came to us a great shock,” he said, adding that “this is the time we all need to come together to work on security.

“We are surprised as a minority to hear government withdrawing the military detachment of the speaker. The speaker is number three, even the EC chair is using about ten Military personnel. So if the Speaker duly requested for four and they have been on duty for over one year, the questions is what has changed? It raises security questions.”

He added “It is president Akufo-Addo who has withdrawn the military detachment, he is the Commander in Chief of the Armed Forces. The Minority will meet on Monday.”

The Ghana Armed Forces (GAF) has said that the four soldiers who have been withdrawn from the Office of the Speaker of Parliament were attached to that particular office without proper procedure.

This resulted in the decision to withdraw them while efforts are made to regularise their attachment, a statement said.

“The under-named military personnel were attached to the Office of the Rt Honourable Speaker of Parliament without the proper procedure,” the statement signed by the Chief of Staff of the Ghana Armed Forces, NP Andoh to the Speaker said.

“It is humbly requested that the personnel are withdrawn with effect from 14 January 2022 while efforts are made to regularise their attachment,”