Mary Amoako, the 19-year-old General Arts student receieved several lashes at her back for giving her jacket to one male student who came to class without wearing a uniform.

Mary’s mates said the headmaster had asked the boy to remove his shirt and go half-naked to the dormitory and wear a uniform before he comes back to the classroom.

But the sympathetic Mary gave her jacket to the said boy to wear after the headmaster has ceased the boy’s shirt and left.

Unfortunately for Mary, the headmaster who was still on the campus later saw the boy going to the dormitory while wearing a jacket.

After enquiring it was Mary who gave the jacket to the boy, he gave her several lashes on her back resulting in serious bruises.

The images of the school girl on social media attracted a lot of criticism as many called on the Ghana Education Service to sanction the school’s headmaster.

A statement from GES indicated that Mr. Francis Donkor, Headmaster of Jachie Pramso SHS has been interdicted effective 7th September 2021 pending investigations into the alleged caning of a student.

He has been directed to hand over the administration and management of the school to the Ashanti Regional Director of Education. 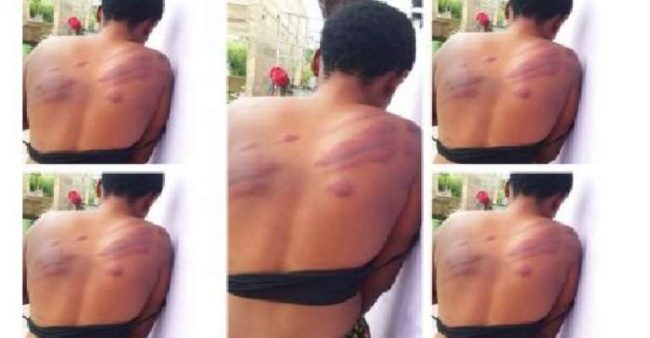