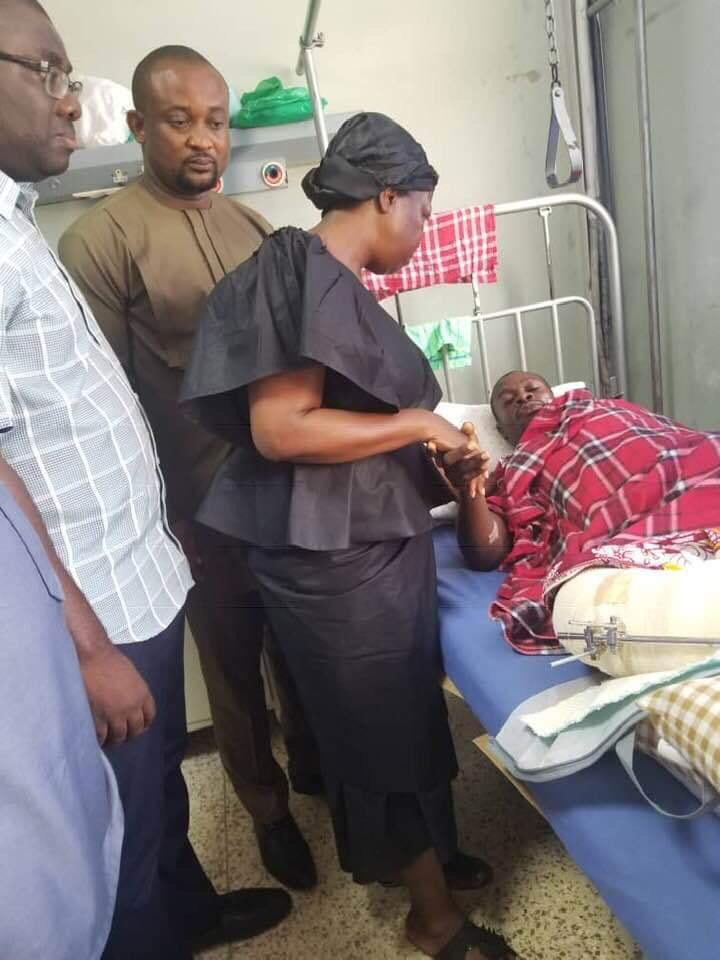 Madam Alhassan used her first working day as an MP on Wednesday to visit persons at the 37 Military Hospital, who got injured during the Ayawaso by-el

Ghacem Cement Foundation gives 550,000 bags to deprived communities
You Can’t Intimidate Us . . . We Are Focused – Dan Botwe To ‘Chiefs And People’ of Nkoranza
Four children who drowned at British Komenda beach buried

Madam Alhassan used her first working day as an MP on Wednesday to visit persons at the 37 Military Hospital, who got injured during the Ayawaso by-elections.

She paid GhC5,000 to offset the hospital bills of the injured, most of whom were taken to the hospital by NDC members and been abandoned.

One of the injured (Name withheld) thank Mad. Lydia Seyram for the kind gesture and vowed not to follow NDC again as they have been abandoned them at the hospital.

Madam Lydia Seyram Alhassan replaced her late husband as the Member of Parliament for the Ayawaso West Wuogon Constituency after winning the by-election held on Thursday, 31st January 2019 in Accra.

She polled 68.80 per cent of the valid votes cast.
Her closest challenger, Mr Kwasi Delali Brempong of the opposition National Democratic Congress (NDC) polled 30.52 per cent while Mr William Kofi Dowokpor of the Progressive People’s Party (PPP) and Mr Clement Boadi of the Liberal Party of Ghana (LPG) polled 0.58 and 0.10 per cent respectively.

The conduct of the polls was marred by a shooting incident at the residence of one of the aspirants, Mr Brempong; between the national security and azorka boys (NDC vigilante group)which resulted in injuries to 18 persons and an assault on an observer at one of the polling stations.

The Criminal Investigations Department of the Ghana Police Service have commenced investigations into the shooting incident.