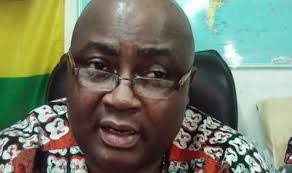 ROAD SAFETY ORIENTATION FOR SCHOOL STAKEHOLDERS
FixTheCountry: Police ready to provide security for protest on August 4
Did 20 MPs on Health Committee take ¢400,000 from NHIS without entry?

Pollster and Editor of the Daily Dispatch newspaper, Ben Ephson, says former president, John Mahama will win the flagbearer race of the opposition NDC if he contests.

Ben Ephson noted that “assuming that he (Mahama) wins, he will have the advantage of people judging what he did and what the current government is doing.”

Ben Ephson added that if John Mahama is elected to lead the NDC, he will equally have people judging him of “fracturing the party” under his stewardship because the Mahama led-administration did little to empower the NDC executives, particularly those at the regional and constituency levels.

Speaking in an interview with an Accra based radio station radio, Ben Ephson stated that in the run-up to the 2016 polls under John Mahama, many of NDC executives were sidelined and resources were not shared to the various constituencies hence John Mahama’s attempt to “mend fences” with the Unity Walk.

“I must be frank. there was no synergy between the government and the party…One of the things I know for a fact is that He is trying to mend fences with people,” he clarified.

According to Ben Ephson, there are hurdles the former President will have to scale in the quest to have all executives who felt sidelined when he was the President welcome him.

This, he observed, is the reason John Mahama appears to be dabbling in the Unity Walk activities that seeks to unify the party at the grassroots level.

Meanwhile, Former President John Mahama has disclosed that he will sooner than later announce his intention to contest NDC flagbearership and subsequently contest in the upcoming 2020 general election.

Addressing several sympathisers of the NDC during the 9th Unity Walk in the Upper East regional capital Bolgatanga John Mahama noted that he has had the opportunity to discuss the issue with people who have the party’s best interest at heart.

“Sooner rather than later…I think very soon, I would make my political future clear…as I said earlier, I do not want my decision whether to run or not to affect the reorganization of the party,” he said

Former President John Mahama has severally refused to state whether he intends to run for president in the 2020 elections on the ticket of the National Democratic Congress, NDC.