Mali’s PM among some 150 hit by fresh ECOWAS sanctions: document

West African bloc ECOWAS issued sanctions against members of Mali's transitional government, including its prime minister, but not the colonel who 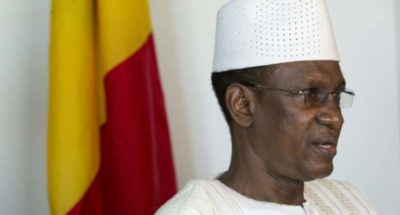 West African bloc ECOWAS issued sanctions against members of Mali’s transitional government, including its prime minister, but not the colonel who led last year’s coup, according to a document from the bloc obtained by AFP.

The sanctions issued by the Economic Community of West African States come after coups in August 2020 and May 2021 and the failure of the new regime to hold to a promise to stage elections by February 27 next year.

Prime Minister Choguel Kokalla Maiga was the most senior figure to be named in the new sanctions. It also featured 27 ministers of the transitional government, many of whom are senior military officers.

Colonel Assimi Goita, transitional president and head of the junta since the first coup, does not feature. Nor does Foreign Minister Abdoulaye Diop.

The 121 members of the so-called National Transitional Council, which serves as an interim parliament, feature in the sanctions list.

The financial assets of all those on the list are frozen and they are banned from travelling in ECOWAS countries.

ECOWAS leaders, who met on November 7, decided on sanctions against individuals who, in their view, were dragging their feet on promised elections and a return of democratically elected government after the two coups.

On November 8, they called on the junta to honour a timetable for a return to democracy and “decided to sanction all those implicated in the delay” in organising elections set for February 27.

It said it “highly deplores the lack of progress” towards staging the elections and that it would consider further sanctions at its next summit in December “if the situation persists”.

Mali has already informed Ghanaian President Nana Akufo-Addo, who holds the rotating presidency of the 15-nation ECOWAS, that the Sahel country cannot hold elections as planned.

In the ECOWAS document obtained by AFP, the bloc referred to “the absence of progress in the preparation of elections, notably the absence of a detailed calendar”.

The junta has cited the challenges of governing a country wracked by a jihadist insurgency to justify the delay in elections.

But the ECOWAS document argued that the “increased political uncertainties” in Mali contributed to the “deterioration of the security situation”, which it said could itself undermine the stability of the region.

Swathes of the vast nation of 19 million people lie outside of government control because of the insurgency, which emerged in the north in 2012, before spreading to the centre of the country as well as to neighbouring Burkina Faso and Niger.