It is turning out that less than 5,000 people have their investments locked up with the embattled gold collectibles firm, Menzgold Ghana 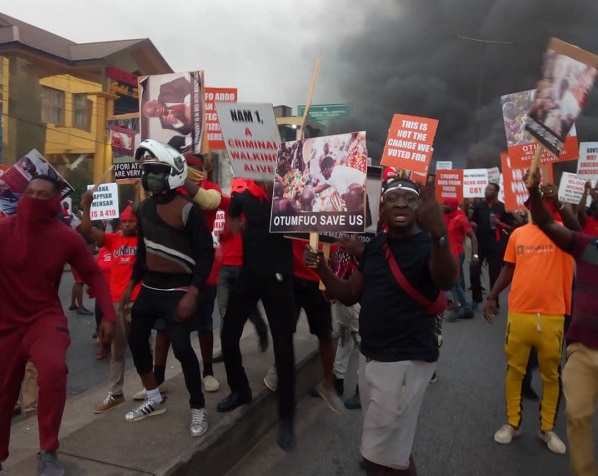 It is turning out that less than 5,000 people have their investments locked up with the embattled gold collectibles firm, Menzgold Ghana Limited.

DAILY GUIDE has in its possession a list indicating the total number of investors, who were doing business with Menzgold, whose Chief Executive Officer (CEO) and owner Nana Appiah Mensah, popularly called NAM1, is currently under arrest in Dubai, United Arab Emirates (UAE), over an alleged $51 million scandalous gold deal.

Even though officials of the Economic and Organized Crime Office (EOCO), who are investigating the activities of Menzgold are tightlipped, a source claimed there are 4,998 customers and not the estimated 46,000 as published earlier in the media.

In all, Menzgold has seven branches and the Dzorwulu Accra branch, which was its head office, had the highest number of customers.

The total number of customers at that branch per the list available to this paper is 1,608.

Kasoa branch followed with 978 customers; Tema branch had 880 customers; East Legon, Accra had 603 customers; Kumasi had 586 customers; Tarkwa in the Western Region had 269 customers while Kaneshie and Accra had only 74 customers.

It would be recalled that aggrieved customers of Menzgold recently called on government’s investigative agencies to freeze and publish all bank accounts of Menzgold and NAM1.

However, the source told DAILY GUIDE that “the 46,000 being thrown in the media is very wrong. The figure is nowhere near what we all heard. People’s huge investments are involved so I think we should allow the security agencies to do their work and resolve this issue amicably.”

NAM1 was expected to appear before a Dubai Court between 3rd and 4th February 2019, according to the Ghanaian security delegation that visited him, but it is unclear whether he actually went on trial.

Menzgold’s customers have expressed doubts about his arrest in UAE.

Recently, the EOCO, in a release signed by its Head of Public Affairs at EOCO, Jacqueline Avotri, said the anti-graft body secured a court order to secure the properties of Menzgold.

“By this news release, all employees of the affected companies, relatives and friends, who are in possession of any of such properties, are to surrender same by the authority of the High Court to the head office of the Economic and Organized Crime Office (EOCO) and regional offices in their own interest,” Ms. Avotri said.

The EOCO stated that “failure to surrender any of such properties would constitute contempt of court which would attract the appropriate sanctions.”

It would be recalled that the Securities and Exchange Commission (SEC) on September 7, 2018, in a letter, asked Menzgold to suspend its gold trading operations with the public.

SEC accused Menzgold of engaging in ‘unlicensed’ deposit-taking and reported the matter to EOCO for interrogation.

EOCO invited Menzgold’s CEO for possible questioning but he reportedly left the country for Dubai where he was arrested on December 7, 2018, at the airport.

He was said to have attempted to enter that country to retrieve a purported $31 million owed him by an Emirati firm, Horizon Royal Diamonds.

Loading...
Newer Post
I’ll return your car if you pay me my GHC16,000 – Afia Schwarzenegger writes long letter to TV Africa
Older Post
Blame some B/A Chiefs and not Asantehene.