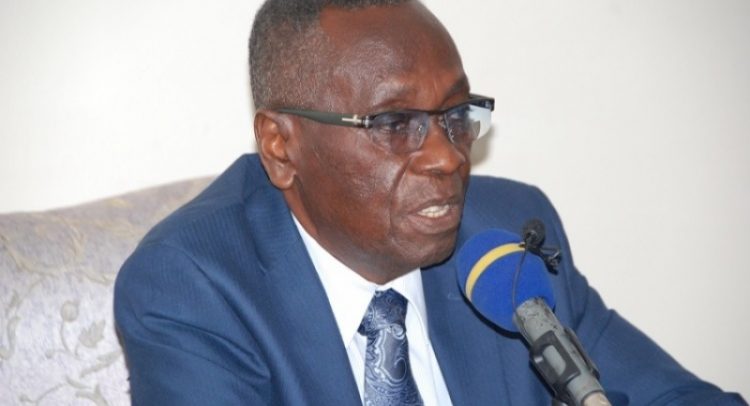 The report of the Justice Stephen Alan Brobbey Commission of Inquiry that recommended the creation of six new regions has finally been published.

It would be recalled that President Akufo-Addo recently ordered the Ministry of Information to publish the report to promote transparency and accountability.

President Akufo-Addo, in an instruction note to the Ministry of Information, said that “the dictates of good governance and transparency in the public space of a functioning democracy should lead me to authorize, prior to the planned referendum by the Electoral Commission on 27th December 2018, the publication of the report of the Commission of Inquiry into the Creation of New Regions.”

The Ministry of Information, in accordance with the President’s directive, published the 428-page report in full on the government online portal www.ghana.gov.gh, as well as its social media handles.

The 12-chapter report revealed that the Commission comprehensively profiled the proposed Oti, Ahafo, Savannah, Bono East, Western North and North East Regions, respectively, and the spatial extent of the existing regions from which they are likely to be carved; the nature of road infrastructure in the areas; access to government and public services; access to basic, secondary and tertiary educational institutions, health care and most importantly, the need and substantial demands for the creation of the regions.

On the controversial issue of places to vote, the Commission recommended that the referendum should be held only in the areas within the boundaries of the proposed regions.

The report said the recommendation is consistent with Ghana’s past history of plebiscites and referendums, particularly in 1949 and 1956.

The referendum is scheduled for December 27.

Again, the report showed that the Commission assessed economic and empowerment issues, judicial services, water supply, empowerment and participation, ethnic, cultural and religious issues, evidence of substantial demand for the creation of the regions.

According to the report, “The Commission arrived at its findings on substantial demand and need by analyzing data derived from eight thematic issues raised by the petitioners in their submissions, contributions made at various consultations, as well as observations made on mobilization, participation and enthusiasm of the people in the petition areas.”

It observed that “these thematic issues are: spatial extent of existing regions; road infrastructure; access to government and public services, economic and employment issues; empowerment and participation and ethnic, cultural and religious issues.”

It said a key development issue which runs through all the petitions for the creation of new regions is spatial extent of the existing regions in terms of land size, elongated nature and vastness.

The findings revealed that in both oral and written submissions, supporters of the petitions bemoaned the development challenges imposed by the present spatial configuration of the existing regions, saying “particularly, they complained about the distances and travel times between the proposed regions and the regional capitals for higher order government and public services.”

“Such long travel times arise primarily because of poor road condition and limited supply of appropriate means of transportation.”

According to the report, further analysis of road inventories in urban, feeder and highways in the petition areas in each of the six regions revealed that the road network do not adequately serve most rural people.

It revealed that the petitioners were unanimous about the potential role that urban roads can play in the socio-economic development of their areas, including enhanced access to most residential areas, as well as services.

“The substantial inequalities in road development between the various Metropolitan, Municipal and District Assemblies’ capitals and other urban areas within the petition areas were noticeable.”

“There was a general sense of alienation from government due to the challenges of accessing essential government services or state institutions like the courts, security services (police, armed forces, immigration, fire and prisons) utility service providers, passport offices, driver and vehicle licensing centres in the proposed regions.”

Again, the report observed that “many of these government and public services were concentrated in the regional capitals and in some cases without a presence at the district level. Even when these services exist in the districts, they are relatively lower order establishments with limited mandates. Therefore, citizens seeking higher order services such as tertiary education, referral health services and high and circuit courts, have to endure long distances and travel times due to the poor roads connecting their areas and the regional capital.”

With respect to economic and employment issues, the report revealed that there is evidence to indicate that all the proposed regions are natural resource endowed, yet these regions remain poor and underdeveloped.

According to the report, “This is one of the main reasons for the demand for the new regions in all petitions considered by the Commission.”

“In both the oral and written submissions of the petitioners, as well as contributions at the public hearings, presentations were made to the Commission indicating the enormous natural resource endowments of the proposed regions, including arable lands for agriculture, mineral deposits, forest and timber, and natural ecotourism sites.”

“It’s the view of the Commission that these untapped natural resources limit employment opportunities and the general socio-economic development of the proposed regions.”

According to the report, the Commission established substantial demand and need in all six areas from which the petitions emanated.

Finally, it said “the Commission recommends that in line with Ghana’s past history on plebiscites and referendums, as well as international best practices, only registered voters within the proposed regions should be eligible to participate in the referendum.”

Some persons sued the Electoral Commission due to the above recommendation with the view of testing the constitutionality of the decision to allow people only in the proposed regions to vote in the referendum.

The Supreme Court, however, ruled that come December 27, 2018, only residents or indigenes of the proposed regions should be allowed to take part in the process.