A Senior Lecturer at the Department of Political Science of the Kwame Nkrumah University of Science and Technology (KNUST) says the ruling New Patriotic Party (NPP) would overwhelmingly lose elections should one be held today.

Dr Amakye Boateng, speaking on Akoma FM‘s current affairs and political show GhanAkoma, hinged his prediction on what he describes as failure in implementing policies and excessive taxation without corresponding salary increment.

Though he didn’t base his claims on empirical facts, research or evidence, he explained that “the NPP will lose elections should it be held today because the government is gradually becoming unpopular due to some inconsiderate decisions and policies that have attracted backlashes from the masses, so naturally such decisions are weighing the government down into opposition”.

The political scientist further indicated that “while all odds are against the ruling party, NDC are gradually gaining public goodwill, so the pendulum swings to their favor as it stands”.

Dr Amakye Boateng cautioned the government to reverse certain attitudes that may create bad impressions in the minds of voters and reinstate the fading goodwill Ghanaians had for them prior to the 2012, 2016 and 2020 elections .

Meanwhile, rebutting the claims of the political scientist, Ashanti Regional Communications Director for the NPP Kwasi Kyei explained that “first of all, I want to state that the NPP has not lost the goodwill of Ghanaians and we are still the best option when it comes to managing the public purse”.

‘Moreover, the claims Dr Amakye is making are mere opinions which of course he’s entitled to but it doesn’t represent the reality.”

He urged Ghanaians to keep the good faith in the NPP as they have always done because the best of NPP is yet to be manifested even amidst the global pandemic. 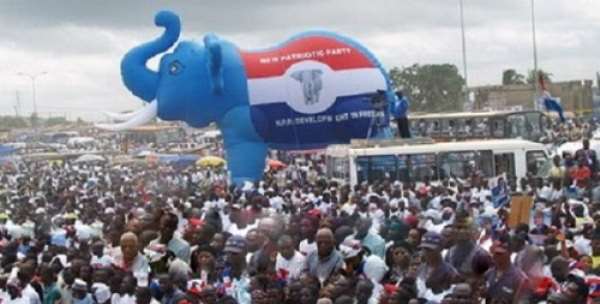