Are we going backwards into World Wars or moving to a more civilized atmosphere of solving our differences? The Olympics has taught us that the world

Are we going backwards into World Wars or moving to a more civilized atmosphere of solving our differences? The Olympics has taught us that the world can come together in the spirit of universal goodwill and compete successfully without privileged class or volatile behaviors leading to war to secure advantageous relationships.

As usual, the spirit of the just concluded Olympics demonstrated that man can still compete worldwide peacefully based on an equal playing field. Though African countries did not do as well as expected, our brothers and sisters that had the opportunity of an enabling environment excelled in each of the countries they represented. Someone quipped that if corruption was included in the 2020 Olympics, more Africans could have come home with Gold medals.

By building and encouraging sport, culture and education, the Olympics create a peaceful atmosphere where a better world can prevail. The Olympics movement promotes the values of excellence, friendship and respect. If these were what men devoted their energy into, there would be more space for everyone to compete equally and fairly.

The youths would have abundant avenues open to them to pursue and make gainful use of their exuberant energy. The Olympics may take a week but it takes many years of preparation and devotion. The financial rewards during those years are too little to motivate dedicated and committed youths. If we can encourage our Youths so early in their lives, the community gains because discipline and patience discourage crimes and immorality.

Discipline creates devotion for discovery and invention in Arts, Science and Culture that propel a nation into progressive growth. If those that preached and aspired to a more ideal society failed to lead, regressive ideas would take hold. This leaves some of us wondering if humans have actually leaped beyond Stone age of survival of the fittest, slavery and injustice.

As long as violence can be used to gain upper hand and enshrine privilege, it can be labeled as the most “civilized” community. It is surprising that in many countries that see themselves as the most civilized, the poor are still fighting for Freedom, Equal Protection and Civil Rights that are passed every five or ten years and could not be made permanent because small but loud powerful voices do everything to dismantle every progress accomplished.

These are the same descendants of those that never gave up on slavery. Even after these leaders have achieved their positions by democratic votes. They replaced slavery with cheap labor, pay under the table or hire those without voices into camps diluting their wages with usury “boarding” and grocery stores within. Workers end up paying more than they earn.

Western democracy is not perfect as long as we admit that and strive for reachable and higher equitable goals. Vote is a conditional choice based on probation, until the next election. Western democracy makes room for tolerance that is absent in other democratic or dictatorial governments. The choice of the people where they have a voice and participate in how they are ruled is different from those of the leaders that seize every opportunity to conjure votes.

Ironically, some of the worst dictators came in through democratic votes. They manipulate their mandate for the power most of their voters did not bargain for. By the time voters realized they had elected a lunatic, the power to make amends in the following elections had been forfeited. Many times, emotional issues are raised to overwhelm most of the voters’ fears that have no intellectual benefits or in terms of bread and butter issues.

But emotional issues are powerful to raise distrust of others, even within the same group of people or country. The liberals have tried to walk the middle ground. They preach and try to implement progressive ideas while bridging the gap with moderate and social conservatives. A tight rope that can alienate social liberals in their own party. Indeed, conservatives have watched liberals go against one another so that they can capture the confused electorates.

On the other hand, when conservatives get elected and they gain power at the top, they force arcade ideology to bring back the “good old days privileges”. If they do not get their ways, they resort to violence to enforce their views in broad daylight. For the same offence like drugs or violent behavior, the poor are over represented in the correctional institutions while the privileged class are committed to the medical and mental processes.

Most forms of governments want us to forget that their foundations were based on violence. They condemn violence in other countries but are almost helpless to violence if it is perpetrated by the privileged class in their communities. Violence that can never be tolerated from peaceful protesters. They use judicial and religious doctrines to justify the convoluted process for their double standard. The same process that allows swift punishment to the poor.

Take a place like Afghanistan where wars and violence are waged to deprive others the basic freedom to learn like others based on gender and class. In Roots, a little girl asked the father why they do not want the slaves to learn if they were that stupid anyway. He answered that education is a double edged sword. It can cut both ways.

No wonder, whenever women and Blacks have equal opportunities with the privileged class, they excel. Nobody is asking the privileged to give up anything, just demanding the opportunity to compete fairly and equally. It has always been the fear of the privileged that their children may not be able to compete. This is why they would do anything, including violence to prevent others from competing in an equal playing field.

When privileged children claim it is not their fault or their generation that put them at advantage over others, it means they are not going to play by the rules in an equal playing field. Any system of government, no matter how successful by the use of violence and repression that stifled or killed competition of talented individuals, is a rigged form of market in favor of cronies. It is another form of communism for party members, certainly not capitalism. 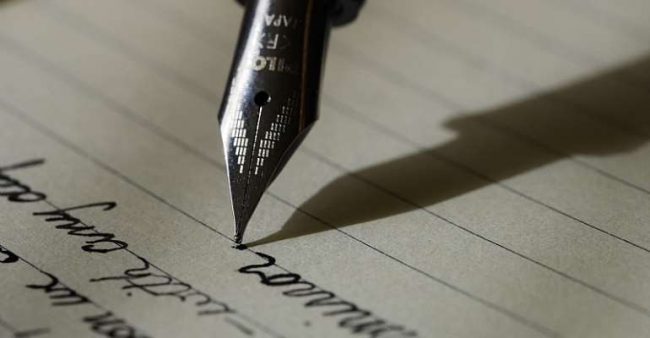 Loading...
Newer Post
Government Must Establish More Environmental Health Training Institutions And Upgrade Existing Schools of Hygiene To Degree Level As A Matter of Urgency To Help Tackle Poor Environmental Health and Sanitation in Ghana
Older Post
Unfair Rankings Of Second Cycle Schools In Ghana; The Unfortunate Aspect Of It And The Way Forward