The University Teachers’ Association of Ghana (UTAG) has urged members nationwide to honor its decision to return to the classroom on Monday, Febr 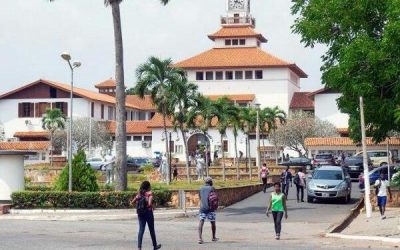 The University Teachers’ Association of Ghana (UTAG) has urged members nationwide to honor its decision to return to the classroom on Monday, February 28, 2022.

The Association had already communicated its readiness to temporarily comply with the court order to resume work after an injunction was granted the National Labour Commission (NLC).

The suspension will last until March 4.

However, a referendum conducted by the UTAG’s National Executive Council show an overwhelming rejection from public universities of the decision to pick up their tools.

As the results of the ongoing referendum trickle in, the lecturers are expected to consider the outcome within five days according to UTAG regulations.
Return to class while we negotiate towards March 4 deadline – UTAG urges lecturers

“…we wish to urge all UTAG members to kindly return to the lecture rooms to teach as per the circulars released by the Management Team of the various Public Universities till the NEC of UTAG states otherwise,” the association said in a statement on February 26.

Coincidentally, the said period falls with the five days after which the constitutions renders injunctions duly elapsed.

This provides the association ample time to take a decision as to whether to resume the industrial action or not depending on the outcome of negotiations with government and stakeholders.

“This positions UTAG to comply with current injunctive order from the Honourable High Court whilst being able to find space to negotiate with the Employer during the period of the temporal suspension of the strike.”

The communiqué further hinted that the legal processes are far advanced towards triggering a fresh set of industrial actions if the road map set out between the two parties is not honoured by the government.

“To this end, we have instructed our legal team to undertake the due and required processes for the resumption of the strike action within the ambits of the law and within the stipulated time for completion of negotiations.”

Majority of lecturers across some seven public universities in the country have voted against the decision by UTAG’s National Executive Committee (NEC) to suspend its nationwide strike.

According to the votes collated from these 7 public universities, an overwhelming majority of the lecturers do not want UTAG to suspend its nationwide strike.
Return to class while we negotiate towards March 4 deadline – UTAG urges lecturers

The University of Cape Coast and other member institutions are yet to cast their votes on NEC’s decision.