Executive Council member of the Ghana Football Association [GFA], Frederick Acheampong has admitted that the aura and euphoria around the Black Stars

Executive Council member of the Ghana Football Association [GFA], Frederick Acheampong has admitted that the aura and euphoria around the Black Stars is diminishing.

Ghana secured a 1-0 win over Ethiopia at the Cape Coast Stadium before losing to South Africa in their second Group G game.

CK Akonnor has come under pressure with many calling for his exit.

But according to Acheampong, it is about time the aura and willpower around the Black Stars is being reignited.

“I have followed the Black Stars for years and things are not the same,” he said on Kessben FM.

“The willpower and the aura around this Black Stars team is very down. We must do what is right to reignite the spirit for the Black Stars.

“New players have joined the team and they are now integrating them properly into the squad but we need to work on the team to revive the aura and the willpower.

“I have seen where fans leave their countries to come and join the Black Stars cheer up due to how the playing body cheer themselves up.

“The digital team of Caf are always around the Black Stars in the past because they want content but we don’t see that today,” he added.

Ghana resume their qualifiers next month with a doubleheader against Zimbabwe. 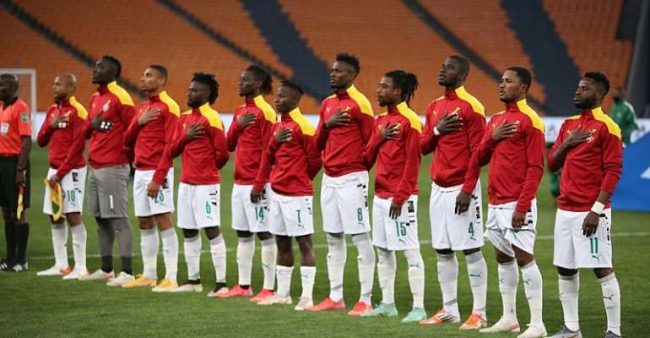 Loading...
Newer Post
Ghanaians do not support anything new until it is big – GMA-USA boss
Older Post
We are working tirelessly to secure headline sponsors – GFA boss Kurt Okraku