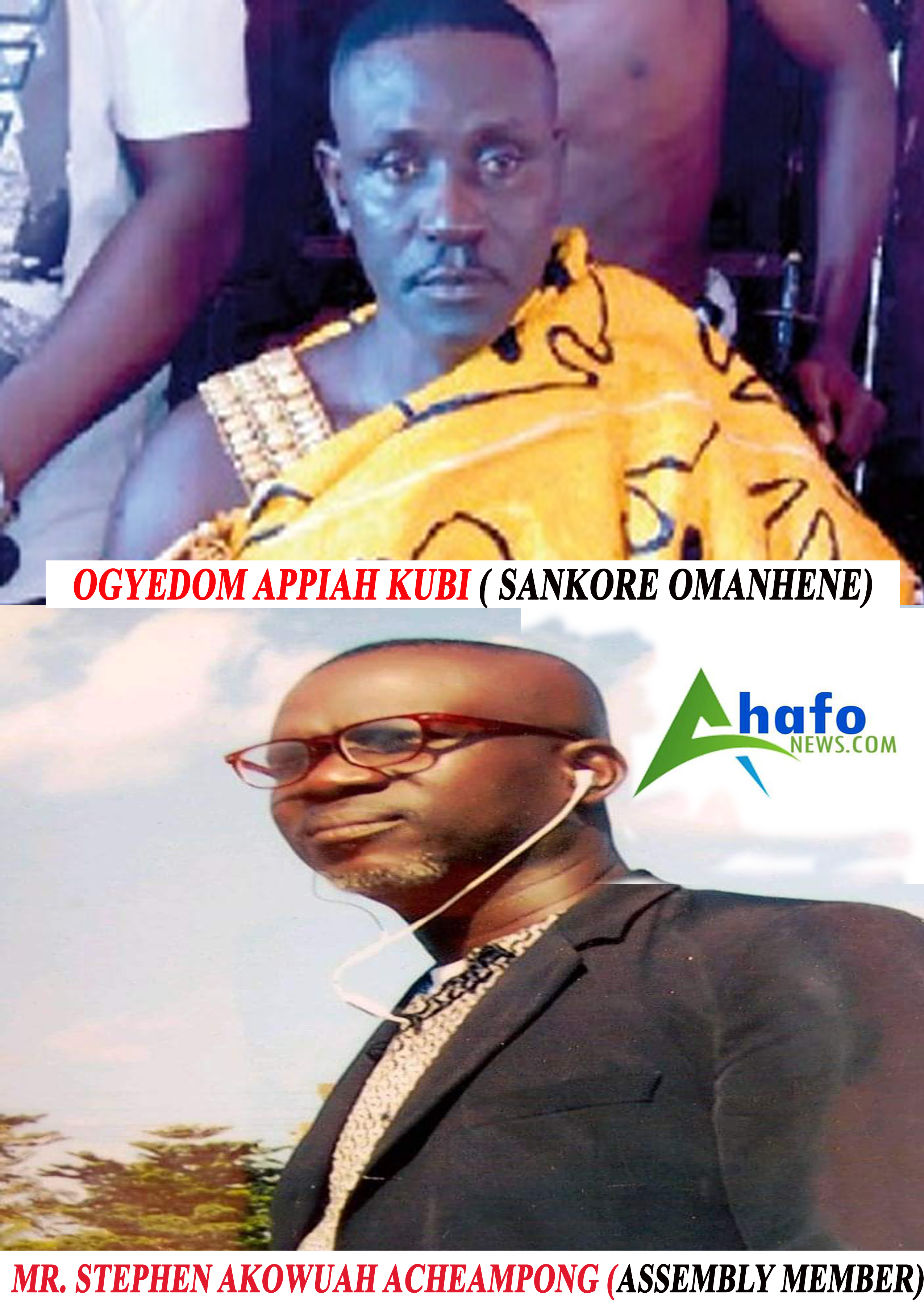 The Fact of the Case between The Omanhene of Sankore and Mr. Stephen Akowuah’s Grudge

According to deep throat sources at Sankore , the Omanhene and some of his sub-chiefs were allegedly manhandled because he refused to allow the famil

According to deep throat sources at Sankore , the Omanhene and some of his sub-chiefs were allegedly manhandled because he refused to allow the family of an assembly member in the area, Mr. Stephen Akowua Acheampong to perform the one week rites and celebration of death of their daughter/mother/sister at Sankore.

The assembly member confirmed the incident to Ahafonews.com but claimed the Omanhene was not beaten as it’s being speculated.

After Ahafonews.com did in depth investigations of the matter we came out with some interesting facts.

FACTS OF THE ISSUE

Barely two years ago, a telecommunication (name withheld for business reasons) came to Sankore to build a mast.

The telecommunication company identified the Assembly member’s family house as the suitable place to mount this mast.

Upon negotiation with the assembly member and his family members, a fee believed to be Ghc30000 was agreed and Ghc5000 was also to be paid to the Omanhene Ogyedom Appiah Kubi.

According to Ahafonews sources, the Omanhene who was not around as at the time the telecommunication company was making the payment to him but upon his consent the Queen mother together with the Ankobiahene of the town took the money on his behalf.

He later told the family to bring all the Ghc35000 together for them to share it accordingly which the Assembly member refused.

The issue generated a heated debate and the Omanhene then again sent the case to Goaso circuit court which was again ruled in favour of Mr. AkowuaH and his family.

This empass clearly has legal implications. There is a court ruling on this matter.

With the passage of time it would have been assumed that the dust would have settled and tempers cooled.

Mr. Akowuah lost his Sister through a short illness about a week ago and Monday 11th March was supposed to be the one week observation of the Assembly member’s sister.

It was during the celebration of the dead that Nana Ogyedom sent one of his sub-Chiefs to stop the family from celebrating the one week occasion.

The family per Ahafonews investigation sent the sub chief away and later the Omanhene himself together with four of his sub-Chiefs came to the funeral grounds trying to stop them. This inevitably generated a heated argument and it was at this location that an altercation ensued between the family and the chiefs.

Ahafonews can put on record that no one touched Omanhene Ogyedom Appiah Kubi as being circulated.


Video Evidence of the incident

The misunderstanding between the family and the sub-Chiefs was in the absence of the Hon. Assembly member who was at the time running errands on behalf of the family in Kukuom, the capital of Asunafo South District.

Thorough investigations has been conducted by Ahafonews.com and the Omanhene wants the Assembly member to meet his demands by equally sharing the amount received from the telecommunication company before he would be allowed to hold the final funeral rites of his sister at Sankore else Nana Ogyedom has vowed to pursue this matter till one of them is dead.

The questions that emanates are as follows:

Are court decisions binding on citizens of Ghana?

Is it true that there is a court ruling to this matter?

Does a chief have judicial powers to over ride the judgement of a court of competent jurisdiction?

Does chiefs have the right to stop a citizens of this country from performing funeral rites?

Did the telecommunication company get a permit before mounting the mast?

Are there any records at the assembly to prove that what is due the district assembly has been paid?

Sankore deserves to be peaceful and it is shameful how such a minor issue has been allowed to degenerate to this level. The leadership in Asunafo seems to be very weak and the rule of law is always being undermined thus bringing the name of Asunafo South into disrepute which affects all from Ahafo especially Asunafo South. New Region, new image. This must stop.

Money, the root of all evil?

Attached is the audio Ahafonews.com had with the Hon. Assembly member.
SANKORE