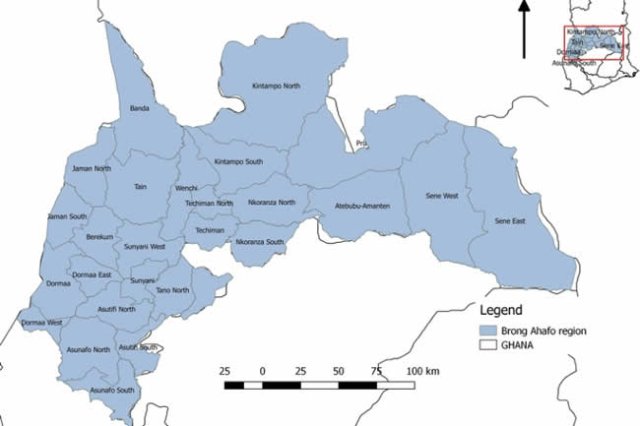 Petitioners from Brong Ahafo want two additional regions to be carved out of the current one. The Commission of Inquiry into the Creation o

You Have No Right To Reveal Our Medical Records – MPs Respond To Speaker’s Threat
Financial crisis hits University of Ghana.
I Support Dr. Bawumia For President Even Though I Am Not an NPP Member – Allotey Jacobs

Petitioners from Brong Ahafo want two additional regions to be carved out of the current one.

The Commission of Inquiry into the Creation of New Regions has said it would embark on its third and final phase of consultation work from April 5 to 10, 2018 in Accra after completing the public hearings in the regions.

It said the public hearings would be held at the Accra International Conference Centre.

This was announced in a statement signed by Jacob Saah, the Secretary to the Commission and copied to the Ghana News Agency on Saturday.

The statement said these hearings were to afford those who were unable to appear at the regional public hearings but who would still want to make submissions to the Commission an opportunity to do so.

It said in addition, any member of the public who wished to do so may submit memoranda to the Commission by forwarding hard and soft copies to the Secretary, Commission of Inquiry Into The Creation Of New Regions, Castle-Osu, Accra or via email: commission@oop.gov.gh on or before close of work, Friday, April 13, 2018.

The Commission of Inquiry into the Creation of New Regions commenced work after its inauguration by President Nana Addo Dankwa Akufo Addo, Thursday, October 19, 2017.

It was tasked to establish whether there was a need and substantial demand for the creation of new Regions based on petitions received by the President and advice from the Council of State as required by Article 5 of the 1992 Constitution.

The Commission took the view that need and substantial demand can only be established through consultations with the public and consequently adopted an approach which separated the consultations into three broad phases.

The first phase involved consultations with the Chiefs and Opinion Leaders who had submitted petitions to the President and consultations in the regions from which the petitions had come thus the second phase.