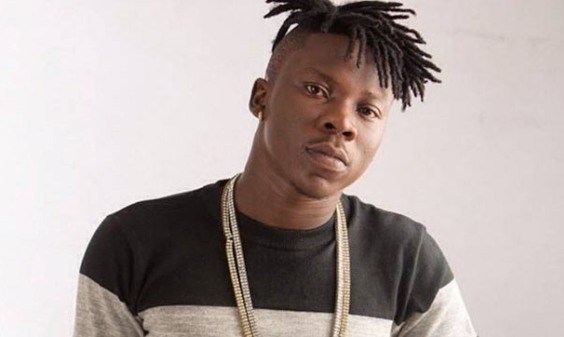 Let me start by saying that the practice of predicting who wins what at the VGMA over the years has been more an art than a science. In my time I h

Let me start by saying that the practice of predicting who wins what at the VGMA over the years has been more an art than a science.

In my time I have got some predictions right on the money and other times I have bungled it big time.

In the years that I had the opportunity to serve on the board of the VGMA, I had held my horses and danced around the subject when the need arises to do a prediction.

In my long experience of covering the VGMA, I noticed that in some years the competition had been tougher than it was in other years.

I think this year has one of the keenest competitions since the scheme started and everyone who got a nomination had to really work for it.

Take for instance the category for New Artiste of the Year. My God, that is a load of young, burgeoning stars put together to compete among themselves for the honour to be named the best.

There is absolutely no doubt that all these young men deserve to be nominated and there would be no surprise at all to me if any of them emerges as winner on the night.

Do I have a favourite? Yes, but I am keeping my cards very close to my chest.

However, my job here today is to talk about who would likely pick the top prize at the event on the night.

The top prize at the VGMA has for a while now been the Artiste of the Year award and over the years some of our greatest artistes have picked it.

This year there are five artistes nominated; Sarkodie, Stonebwoy, Shatta Wale, Joe Mettle and Ebony. The big question is which of these men and woman would emerge winner?

Sarkodie: He has a ‘trophy’ cabinet bigger and glittering than that of Arsenal Football Club, if you get the football banter.

He has won so many awards in different countries and on the front of the VGMA, he probably has more awards from this scheme than any other artiste.

Indeed, with two Artiste of the Year awards he has already picked from 2010 and 2012, Sarkodie is in a position to be the only Ghanaian artiste to win that particular award more than two times.

Currently, only he and VIP have won it twice.

We have to wait for four more days to know if King Sark, as he calls himself, would become the standard bearer of Ghanaian music (as far as the VGMA is concerned) should he manage to win his third Artiste of the Year award.

Stonebwoy: Since he landed on the big stage and especially in 2014 when his big song Baafira was the favourite of almost every DJ and concomitantly the public at almost everywhere music was played, Stonebwoy has been nominated in this and other categories many times.

At the VGMA 2015, he won this award for the first time and went on to get a nomination in the BET and also won it.

Stonebwoy is big, he had a great 2017 with performances all over the world, buoyed by some good songs.

However, the VGMA is a very difficult award scheme and this category is a tough one.

You have three levels of people deciding whether the Ashaiman man and Bhim Nation boss can rub shoulders with Sarkodie and VIP in the double winners’ category.

Shatta Wale: As we all know, Stonebwoy’s Zylofon Media stable mate, Shatta Wale had been off the VGMA for about three years.

First because he said he should not be nominated and then later because he denigrated the awards and the board had put any nomination of him on ice.

Many music lovers, especially Shatta Wale’s fans, believe that he would have won the last three Artiste of the Year awards if he had taken part in the 2015 to 2017 VGMAs.

However, as fate would have it he has been nominated for this year’s award and we shall have the opportunity to know if the Dancehall King would emerge the “champiooooooon” his fans say he is.

Should he win the Artiste of the Year award come April 14 or 15 (depending on the time that particular award would be presented), Shatta Wale would have joined VIP and Sarkodie as those who have won it more than once after his only time winning it in 2014.

Joe Mettle: This particular category of the VGMA had a historic winner and that was Joe Mettle.

He was the first Gospel musician to pick that award and it was a big deal for the gospel community.

We have had some of them come very close, including the likes of Daughter of Glorious Jesus, Prophet Seth Frimpong, Kwaku Gyasi and many others but none could pick it.

Joe Mettle would change the narrative and become the standard bearer for the gospel sub-genre, even though some thought he did not deserve it.

His cheeky response that “we are children God and sometimes we don’t deserve the favours we get” when he was asked about it was legendary.

The big question is, can lightning strike twice? Can a gospel music artiste and for that matter Joe Mettle, do a double take?

Can he be the first artiste to win a back to back Artiste of the Year award in two successive years?

It will be a tough one, but children of God sometimes do wonders they may not know they can. We live to see what happens on the big night.

Ebony: I left this for the last. Ebony is no more so obviously she won’t be available to attend the show on the night she was nominated among a strong cast of male artistes.

Despite her obvious absence, there are many who not only think, but even more are convinced that there is none in this category who deserves this award more than Ebony.

There have been campaigns since November to award her with this particular award and her death has not reduced the fervour and clamour.

The argument has been that she had the largest number of hit songs in the year, was all over the place performing and despite her demise she deserves it more than the rest.

So would Ebony set two records as the first female to win this award and the first artiste to do so posthumously?

Here so you have it my friends: Sarkodie could make it a treble, Shatta Wale, Stonebwoy and Joe Mettle could all make it double and Ebony could make it a single albeit from the grave!

We shall wait to see on the night either being there physically or watching on TV3.