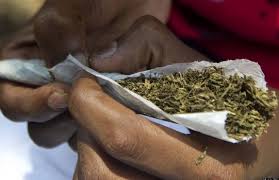 A “Wee” Seller and 6 Suspected “wee” smokers arrested in Asunafo

A Joint operation between police in Asunafo South and Asunafo North District police command has arrested 6 persons in possession of dried leaves suspected to be Indian hemp. 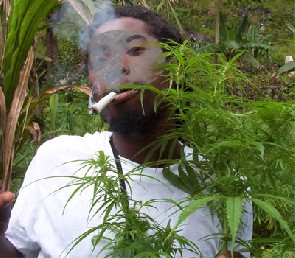 The suspects including, Kwadwo Bonsu and Romeo from Kukuom, Anthony Akambo, Baba Alhassan, Majeed and Sampson all residents of Goaso and a suspected wee seller Kwadwo Nkrumah and wife (Kukuom) were arrested at different hideouts within the districts on the early hours of Friday May 4, 2018.

According to the Kukuom Police commander ASP Kofi Boakye, the exercise is a directive from the Brong Ahafo Regional Police Command to undertake swoops in the Districts to flush out criminals from their hideouts at crime prone areas to reduce the increasing crime rate in the country.

“The regional command gave a directive to do this exercise and I must say our operations have led to the arrest of 6 suspects in possession of substances suspected to be Indian Hemp. We will immediately take their statements and process them to court” he disclosed.

ASP Boakye appealed to the general public to see the police as their friends and give information that will aid them to carry out their investigations to flush out criminals in the District to reduce the rising crime rate in the country.

Ahafonews will follow up on this and bring you updates.