Ahafo Region has potential to flourish 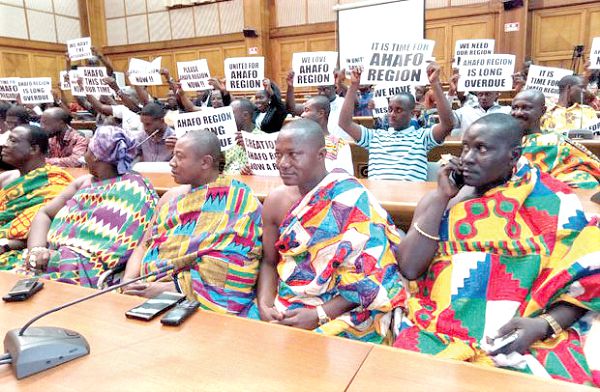 December 27 is inching closer and registered voters in the six proposed new regions are girding up their loins to go to the polls in a referendum to confirm or reject the creation of the regions.

Recent visits I made to my native Ahafo revealed that expectations are very high. In the six administrative municipalities/districts — Asunafo North, Asunafo South, Asutifi South, Asutifi North, Tano North and Tano South — the chiefs and other community leaders are in the thick of affairs educating their people on the need to vote ‘Yes’ on the referendum day.

In Accra, where I live, members of the Ahafo Citizens Association have also been preparing feverishly for the polls and the eventual inauguration of a new region. And, in Kumasi, a group led by my friend and accountant with the Social Security and National Insurance Trust (SSNIT), Mr Stephen Owusu Gyamfi aka Glabus is also working towards making the referendum a success.

Naturally, my interest in the referendum lies in Ahafo and I expect our people to be guided by the unimpressive development trajectory to vote a massive “Yes” to see the birth of a new region, which the people have been yearning for since the 1970s.