Aisha Huang is married to a Ghanaian businessman – Lawyer

Nkrabeah Effah Dartey, the lawyer for Aisha Huang, the Chinese national accused of engaging in illegal mining, says his client is married to a Gha 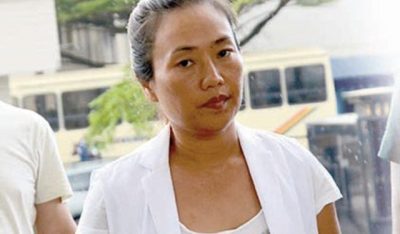 Nkrabeah Effah Dartey, the lawyer for Aisha Huang, the Chinese national accused of engaging in illegal mining, says his client is married to a Ghanaian businessman.

“I know she is married to a Ghanaian. I know this because of her Ghanaian husband, a businessman in Kumasi and a master’s degree holder from a Chinese University. He came to my office to engage me as a lawyer.”

They have all been charged with mining without a valid license and engaging in the sale and purchase of minerals without a permit.

Since Aisha Huang was arrested earlier in September, there has been controversy about how she left Ghana and how she ended up back in the country.

The initial reporting on the case was that she had been deported in 2018 after filing a nolle prosequi to discontinue an earlier case against her.

But North Tongu MP, Samuel Okudzeto Ablakwa, claimed Aisha Huang was not escorted during her “supposed deportation” as was required.

In the days after Mr. Ablakwa’s comments, President Akufo-Addo also said he was unsure whether Aisha Huang was deported from Ghana in 2018 or fled.

This prompted the government to share documents indicating she was given a notice of repatriation in December 2018.

The Information Minister also said definitely that Aisha Huang had been repatriated.

Mr. Dartey disputed suggestions that Aisha Huang fled out of Ghana, saying officials were making such claims to “shy away from what really happened.”

He maintained that his client is not guilty of the charges levelled against her.