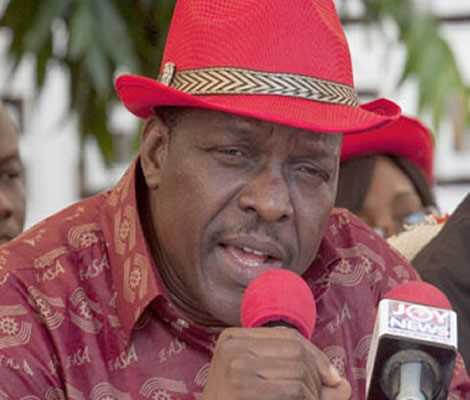 Anas Exposé: Prez Akufo-Addo Should Be Invited By CID . . . – Bagbin

Second Deputy Speaker of Parliament, Hon. Kingsford Alban Sumana Bagbin has described as unprofessional and improper for His Excellency President Nana Addo Dankwa Akufo-Addo to have a view of the documentary regarding rots in the Ghana Football Association before the general public.

Speaking on Okay FM’s ‘Ade Akye Abia’ Morning Show, the lawmaker for the people of Nadowli-Kaleo Constituency in the Upper West Region averred that the case against Kwesi Nyantakyi, President of Ghana Football Association remains speculative as nobody has seen the tape, except the third party making this allegation.

“This whole case is still speculative because we have not seen it, we have not heard it; it is just the third party that is making allegation and that is why I raised the issue that why should the President be given the opportunity to watch the tape. I don’t know whether the President was alone or he was with others to have a view of something that the whole country has been promised to come off on the 6th of June”, he asserted.

The Presidential hopeful of the opposition National Democratic Congress (NDC) however expressed his confusion as to whether President Akufo-Addo and his Vice President Dr Bawumia are suspects as Kwasi Nyantakyi is alleged to have mentioned that the President of Ghana was in his pocket.

The Member of Parliament however was of the view that President Akufo-Addo should be called before the Criminal Investigations Department (CID) to answer some questions regarding his relationship with Kwesi Nyantakyi to the extent that the GFA boss mentioned the President of Ghana and his Vice.

“Is it not possible that the President himself will have to be called before the CID to answer some questions? At least as to his relationship with Kwesi Nyantakyi and how come that at least Kwesi Nyantakyi has this view or opinion about the him (President) and his Vice”?, he inquired.

Hon. Alban Bagbin believes that there are many questions that the “Number12” documentary involving the GFA President and Nana Akufo-Addo and his Vice President raises.

“Kwesi Nyantakyi’s integrity is also affected and he should be given equal opportunity to view the documentary as well as any other person who has been mentioned in the documentary before the general public”, he opined.