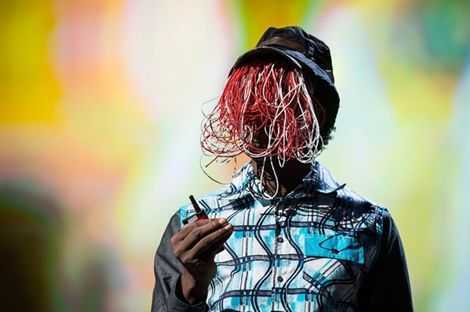 Tiger Eye PI team has rubbished a statement making rounds in the media and attributed to the former president of the Ghana Football Association, Mr. K

Tiger Eye PI team has rubbished a statement making rounds in the media and attributed to the former president of the Ghana Football Association, Mr. Kwesi Nyantakyi that a third party from the team demanded 150k bribe from him to drop the screening of the video.

According to Tiger Eye PI, it is a complete fabrication, a figment of Mr. Nyantakyi’s imagination and has no merit.

Former President of the Ghana Football Association Kwesi Nyantakyi has revealed that a demand of $150, 000 was made by a third party representing ace investigative journalist Anas Aremeyaw Anas to drop the number 12 investigative piece.

In a lengthy response, the former 1st Vice President of CAF, said he rejected the offer because he didn’t have the said amount to meet the demand.

Mr. Nyantakyi who resigned after he was handed a 90-day ban by FIFA is also demanding the entire recording made by Anas.

“Let me also confirm that there was a demand on me through a third party to part with $150k for Anas to drop the videos on me. I didn’t have the said amount of money to meet his demand.

“Unfortunately, I do not have a video to show you because I dealt with people I trusted to be businessmen because they were introduced to me by a person I knew well. I have learnt the bitter way that the fact you trust someone does not mean you must trust who they trust,”

In a statement signed by the Tiger Eye PI team, they dared Mr. Nyantakyi to name the said third party.

“We are even ready to provide undercover support to assist him find this third party should he extend an invitation to us again,” the statement added.

The statement also denied another accounts by Mr. Nyantakyi that his email account was hacked.

They described it as a manufactured lie to make him appear like a victim.

They have also asked Mr. Nyantakyi to substantiate his argument and disclose the person who hacked his email and how the person did it.

“In this day of advanced technology, these events are traceable. We wish to advise Mr. Nyantakyi to address the issues uncovered by Tiger Eye PI investigations without seeking to pull others into his behaviour”.

The Statement further noted the meeting was between the tiger eye PI team on one part and Nyantakyi and Alhassan Abdulai (Abu), former Northern regional GFA president on the other part.

“Under no circumstance was there a meeting with a third party. We are not aware of any meeting with former footballers and two others. This is also another lie. We are surprised at his rate of manufacturing stories without any proof. He is Good at it. From his own admissions, Mr. Nyantakyi did not have the consent of the political authorities to negotiate on their behalf, yet he made a fantastic presentation on their behalf,” a part of the statement read.

“We would like re-emphasize that Mr. Nyantakyi was given 65k Dollars as a gift. All hotel and accommodation expenses were borne by the team although they were official meeting place. A copy of the raw tape has been given to the security agencies to investigate,” the statement concluded.