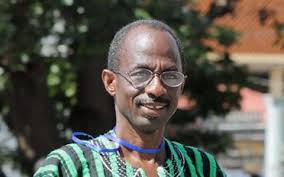 The General Secretary of the opposition National Democratic Congress (NDC), Mr Johnson Asiedu Nketia has reacted to President Akufo-Addo’s complaint to the Criminal Investigations Department (CID) and the subsequent arrest and interrogation of Mr Kwesi Nyantakyi, the President of the Ghana Football Association (GFA) for influence peddling and defrauding by false pretence.

According to Mr Asiedu Nketia, the move was part of a diversionary tactic introduced by government to move public attention from the “controversial” Ministry of Communications contract with Kelni GVG.

IMANI Ghana has said the contract was fraught with fraud and must be cancelled arguing that the company does not have the track record to undertake the job that has been given it.

The National Communications Authority (NCA) has since discounted Imani’s claims in the ongoing media exchanges on the contract.

To Mr Asiedu Nketia, President Akufo-Addo’s action on Nyantakyi was premature, especially as the said video implicating him for influence peddling and defrauding by false pretence was yet to be published.

Has the police investigators at the CID spearheading the investigations and interrogating Mr Nyantakyi seen the said video produced by investigative journalist Anas Aremeyaw Anas, and so on what basis are they questioning the suspect, Mr Asiedu Nketia questioned in a radio interview with Asempa FM, Wednesday afternoon.

President Akufo-Addo reported the conduct of 49-year-old Nyantakyi after he had watched portions of the latest exposé titled: “Number 12: When misconduct and greed become the worm”.

The President wants Nyantakyi investigated for alleged criminal use of his [President Akufo-Addo] name and the names of other senior members of government for inducement.

“The President of the Republic has had the privilege of viewing aspects of this investigative piece and in this documentary, the President of the Ghana Football Association, Mr Kwesi Nyantakyi, is supposedly seen attempting to use the President’s name and that of the Vice President and other senior officials of government to induce supposed potential investors into our country to part with various sums of monies,” Mr John Abu Jinapor said at a press conference with the presidential press corps on Tuesday.

The video, which is said to expose greed and corruption in Ghana football, will be premiered in Accra on June 6, 2018.

Kwesi Nyantakyi who was an international assignment arrived in Accra on Wednesday morning at the Kotoka International Airport and was swiftly taken to the CID headquarters for interrogation.

Speaking about the issue in the Asempa FM interview, Mr Asiedu Nketia suggested President Akufo-Addo should have allowed the public to view the video for everybody to see the evidence before acting on it.