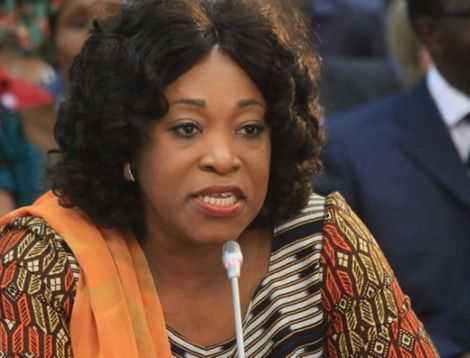 The Ministry of Foreign Affairs will soon open five more passport application centres across the country to ease the stress of acquiring the document.

The Ministry of Foreign Affairs will soon open five more passport application centres across the country to ease the stress of acquiring the document.

The validity of the Ghanaian passport, currently useable for only five years, would be extended to ten years duration to conform to international practice and address the difficulties in renewing or procuring the travel document, Foreign Affairs Minister Shirley Ayorkor Botchway has stated.

Speaking to a cross section of the media at the weekend after she called unannounced to the Passport Office to apprise herself with the workings of the bureau, she disclosed that Tema, Koforidua, Cape Coast, the Upper West and Upper East Regions would host the new passport centres.

There are currently six application centres across the country, with each having its peculiar challenge, leading to undue delays in the acquisition of passports and exploitation of applicants by middlemen. However, more Ghanaians are opting for the online application service, which many say was making the process less cumbersome.

Mrs Botchway who interacted with both officials of the Office and with applicants was amazed that even with all the interventions made by government to ease the process of obtaining a passport, there were still unnecessary delays.

She was not happy when an applicant disclosed that she had had to queue as early as 0100 hours to be able to be among the 100 applicants the passport office processes daily.

The Minister also discovered in her interaction with the applicants that some who had paid for expedited processing, had had to wait months for a document that they should have gotten in a fortnight.

To her chagrin, she learnt there were claimants whose passports were ready but for some unexplained reason, the documents had not been given to them, giving room for exploitation by middlemen with the active collusion of officials.

At a point the Minister intervened in three such cases, and to the surprise of her, the team from the Ministry and the media, an applicant who had been asked on several occasion to come back at other times, got his passport immediate delivered to him when the Minister insisted to know why the delay in issuing the document.

The Minister later took two other applicants who were asked to report in a fortnight to the Ridge offices of the bureau, submitted their slips and instantaneously and right in the Minister’s presence, their passports were printed, documented and presented to them.

The Minister reiterated Governments resolve to ensure that the processes leading to passport acquisition in the country was made easier.

She however expressed concern at the frequency at which foreigners tried to acquire Ghanaian passports. The Passport Office however has evolved stringent verification processes that made it difficult for foreigners to outwit the system.

“This is an attestation to the fact that we have an enviable reputation worldwide and people want to identify with our country. But trying to acquire our passport when you are not a Ghanaian is criminal and we would not treat this lying low,” she said.

She was confident that when fully operational, the national identity card system, would address the issue of foreigners acquiring Ghanaian passports.