Bono East Region Public Buildings to be Made disability friendly

Mr Siaka Stevens, the Deputy Minister Designate for the Bono East Region, has assured people with physical challenges that state building projects i

UEW: I expect to return to office in coming days—Prof. Avoke welcomes court ruling
Bawumia has become a religious ‘chameleon’ for votes; ‘boot-licking’ John Boadu afraid to call him out – NPP group alleges
Ahenema-Kokoben D/A Cluster of Schools closed down over rampant ‘shit bombing’ as headmistress office smeared with faeces 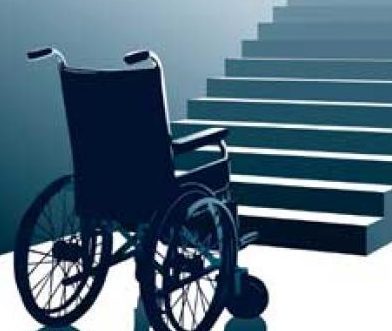 Mr Siaka Stevens, the Deputy Minister Designate for the Bono East Region, has assured people with physical challenges that state building projects in the area would be disability friendly.

“Any building project should take into account the physically challenged,” the Deputy Minister designate said, with further assurance of liaising with the district assemblies to create job opportunities for the disabled.

“We’ll help the district assemblies to identify jobs for the physically challenged so that they will not see themselves as outcasts,” Mr Stevens said, when he appeared before the Appointments Committee of Parliament.

In response to what measures he would employ to solve the Drobo and Japeikrom dispute, the nominee said it was an unfortunate development, which drew back development of the Brong Ahafo Region, from which the new Bono East Region was carved.

He promised to team up with the Regional Security Council to see how best to settle the dispute.

“We’ll facilitate mediation, so that the people will jaw-jaw for sanity.”

Mr Stevens promised to adopt deliberate measures to boost the poultry industry, which thrives in the area.

When Mr Samuel Okudzeto Ablakwa, Member of Parliament for North Tongu, asked whether Mr Stevens stands by an allegation he made about the Mahama Administration diverting 100 Mahindra vehicles meant for the Education Ministry to run the National Democratic Congress campaign activities in 2016, the nominee responded that it was a “misjudgment” and withdrew the allegation.

Mr Salifu Adams Braimah, the Minister Designate for the Savannah Region, on his part, said a committee had been set up to probe the violence that broke out in Salaga following the naming of Damongo as the capital ofthe newly-created region in February 2019.

The move, he said, is to ensure a long-term solution to violent protests in the area.

Some youths, suspected to be associated with the New Patriotic Party (NPP) in Salaga, set fire to the Party’s office and destroyed property after Damongo was announced the regional capital.

Mr Braimah assured the Committee that the Regional Coordinating Council would take it upon itself “to educate our people that burning is not the way to go.”

“Fortunately, the Regional Minister is here, he has set up a committee, the security agencies are handling it. If I am passed, I hope it will be part of the handing over notes that will be handed over to me,“ Mr Braimah said.

Mr Benjamin Yeboah Sekyere, the Deputy Minister Designate for the Ahafo Region, said the only way to curb the exodus of the youth to foreign countries was to create more jobs in both the formal and informal sectors.

‘’We are living in a country where travelling is deemed a blessing from God and for that matter it would be very difficult to stop anyone from travelling.”

“Employment and job creation, education and a lot of sensitization would make some of our youth stay and work here. Most of them decide not to go back there when they finally return to Ghana but because there is no job here, they end up going back.’’

Mr Sekyere urged Ghanaians to take advantage of opportunities provided by the Government to develop themselves at home and create new jobs.