Bury Your Differences For The Creation Of New Regions – NPP, NDC Members Advised

Ghana is yet to derive the dividends of democratic governance – PPP
With GhanaCard, the number of Ghanaians with TIN has gone up from 4% to 85% – Bawumia
Facebook, WhatsApp and Instagram back after outage 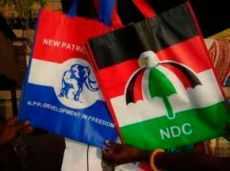 A former Brong Ahafo Regional Organiser of the New Patriotic Party (NPP), Mr Dabie Appiah-Mensah has called on residents in the six areas where a referendum will be held for the creation of new regions on December 27, 2018, to bury their political differences for the sake of the achievement of the desired results.

He urged them to “avoid the usual NPP-NDC, NPP-NDC political bickerings, come together and grab the opportunity provided by President Nana Addo Dankwa Akufo-Addo since it will be very difficult to get such an offer should you fail to meet the desired requirements after the referenda”.

Mr Appiah-Mensah said the government’s quest to bring governance to the doorsteps of the people through the creation of the six new regions should be embraced by people in the six areas and urged them to use the remaining period before the referendum to chart a new path toward the realisation of the objectives of the exercise.

Speaking to newsmen ahead of the exercise in Sunyani, the NPP stalwart reminded people in the six areas to consider the gains that would come with the creation of the region instead of seeing the exercise as an NPP agenda to win more votes in 2020.

According to Mr Appiah-Mensah, since both the NPP and NDC promised to create more regions, the exercise should rather be seen as a national agenda towards the provision of social amenities especially for the deprived areas of the country rather than a parochial political agenda.

“December 27, 2018 is a crucial decision-making day for people in the six areas. Posterity will judge them should they fail to grab the opportunity to have an administrative region that will enable them to get more social amenities to better the lot of the people and bring governance to their doorsteps”, he stated.

Linking the creation of the Ministry for Special Development to the creation of more regions, Mr Appiah-Mensah expressed the hope that the ministry would have an added responsibility for the construction of special projects to ensure the smooth take off of the new regions, should the exercise achieve the required results.

He said, it was therefore unfortunate for the Minority in Parliament during the debate on the 2018 budget to call on the government to scrap that ministry.

Mr Appiah-Mensah described the call as an “ill-motive”, adding that “the call was made to lure the government to scrap the ministry in order to cripple its laudable development agenda”.

He called on Ghanaians to trust that the NPP will fulfill its “electioneering promises and take Ghana to the promise land” and ignore efforts by the Minority to portray all policies and programmes as bad.

Mr Appiah-Mensah said he believed that policies and programmes initiated over the past two years would yield the desired results to better the living conditions of the people.

“Ghana deserves better governance, and this is being provided by the Akufo-Addo government. Let us therefore continue to support the government to implement its laudable policies and programmes”.

On the environment, Mr Appiah-Mensah commended the government for taking the bold initiative to ban the operation of small-scale mining as well as illegal mining.

He called on the Ministry of Lands and Natural Resources to be extra vigilant as the government prepares to lift the ban on the operations of the small-scale miners in order not to derail the achievements made over the almost two years since the ban was imposed.