HIV Infections Among Pregnant Women Surges in The Brong-Ahafo Region

HIV among pregnant mothers keeps surging in Brong-Ahafo with the prevalence rate hovering around 2.0 percent in the re 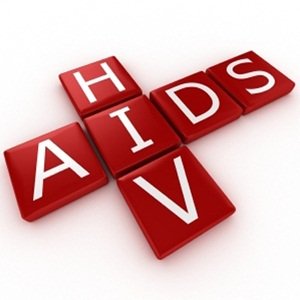 HIV among pregnant mothers keeps surging in Brong-Ahafo with the prevalence rate hovering around 2.0 percent in the region, according to the 2017 HIV sentinel survey.

There is sharp drift of HIV prevalence to urban areas in the region – Sunyani Municipality recording the highest prevalence of 3.0 percent in the region, an indication of an increasing trend of HIV in the regional capital.

Health officials say a total of 133,774 people in the region were tested for HIV at the various HIV Testing Services Centres in health facilities in the region from January to June this year and 75 percent tested reactive and have been put on Anti-Retroviral treatment.

Dr Kofi Issah, the Brong-Ahafo Regional Director of Health, said this in a speech read on his behalf at a durbar to mark the regional celebration of the 2018 World AIDS Day held at Odumase in the Sunyani West District and organized by the Ghana AIDS Commission (GAC).

He said 68 percent of clients already on treatment, tested for Viral Load, and were virally suppressed.

Under the theme: “test, treat to suppress and stop new HIV infections”, the World AIDS which falls on December 1, annually is set aside for people worldwide to unite and create awareness on the fight against HIV and also show support for persons living with HIV/AIDS.

He said the devastating health and economic effects of HIV/AIDS were enormous and advised unmarried people to abstain from sex or be faithful to their partners.

There should also be correct and consistent use of condoms, he said, and urged the general public to check and know their HIV status.

Mr Evans Opoku-Bobie, the Brong-Ahafo Regional Minister, reminded the public that avoiding risky sexual behaviour decreases the chances of becoming infected with HIV by about 80 percent.

He said condoms remained the single most effective way of preventing HIV, sexually transmitted diseases and unwanted pregnancies and advised those who could not abstain from sex to use condoms and guard against changing sexual partners as well.

Mr Martin Obeng, the Sunyani West District Chief Executive, urged the youth not to feel shy or fear to go for HIV testing because there are medications that could dramatically slow down progression of the disease.

He urged the general public to guard against stigmatization of people living with HIV/AIDS, and show compassion and support to them as human beings.

Mr Ahmed Ibrahim, Bambilla, the Brong-Ahafo Regional Technical Coordinator of the GAC, acknowledged the support from all key stakeholders in fighting the menace in the region, and called for concerted efforts for intensified awareness creation on HIV/AIDS.