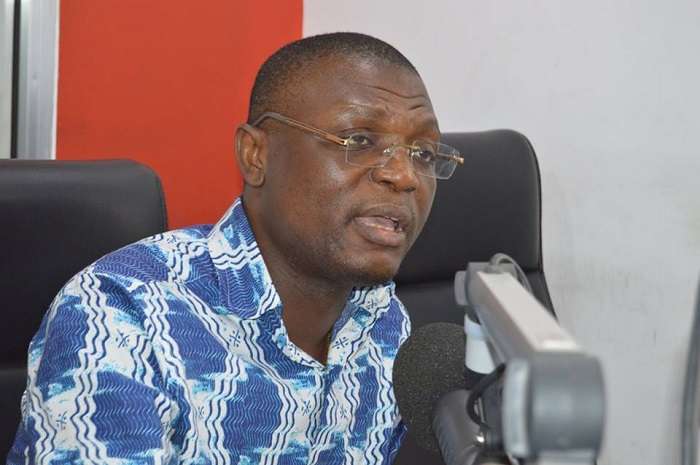 CDD Ghana is a ‘propaganda wheel’ of the NPP – Kofi Adams

National Organiser of the opposition NDC Kofi Adams says the Center for Democratic Development-Ghana is nothing but a propaganda arm of the ruling NPP.
According to Kofi Adams, the CDD-Ghana on countless occasion has been painting the NDC black in all their surveys.

Kofi Adams comment follows an Afrobarometer report from CDD-Ghana which suggest that majority of Ghanaians will vote for the ruling New Patriotic Party (NPP) again if elections were held this year.

According to the survey which sought views of Ghanaians on their confidence levels in some state institutions and political parties are concerned, 33% of Ghanaians believe the ruling NPP government.

The CDD afrobarometer also disclosed that 49% of respondents pledged their support for the NPP as against the 22% for the opposition National Democratic Congress (NDC).

However, speaking in on Accra based Happy FM, the National Organiser of the NDC Kofi Adams disclosed that the NDC party in 2003 wrote to CDD-Ghana to disassociate itself from their surveys and activities, hence their surveys and report has no bearing on the activities of the opposition NDC.

What is Afrobarometer
Afrobarometer is a pan-African, non-partisan research network that conducts public attitude surveys on democracy, governance, economic conditions, and related issues in countries across Africa. Six rounds of surveys were conducted between 1999 and 2015, and Round 7 surveys are being carried out in 2016-2017. Afrobarometer conducts face-to-face interviews in the language of the respondent’s choice with nationally representative samples of 1,200 or 2,400 respondents.

The Afrobarometer National Partner in Ghana, the Center for Democratic Development (CDD-Ghana)