Cedi hits GHcedis4.98 Against US dollar 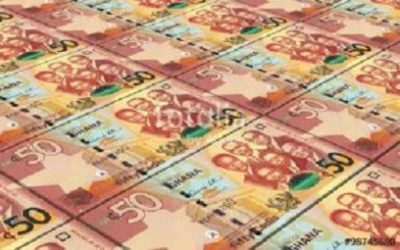 The local currency is now two pesewas away from hitting the dreaded GH¢5 mark per a dollar.

It closed Monday trading at around GH¢4.98 against the US dollar. This is basically the main quotes being put out by some of the major commercial banks in the currency business in the country.

What is causing this?

Lots of reasons have been put forward depending on the currency dealer or treasurer that you engage with any of these big banks in the forex business.

Some of them have told JoyBusiness that the “spike” is due to pick up in the dollar by businesses seeking dollars to finance their imports.

It has also been argued that some offshore investors have reduced their interest in “purchasing” the country’s bonds. These according to some analysts have contributed to the current pressure on the Ghana cedi.

The local currency which had been fairly stable late October to early November this year started depreciating sharply again from the middle of last month.

This was after the Bank of Ghana (BoG) intervened with dollars to help hold the cedi strongly against the “Greenback”.

Some of the currency dealers have argued that the challenge with the cedi is more of supply issue, meaning that if there is “enough” supply, the situation could be under control.

Bank of Ghana data showed that the cedi has depreciated against the dollar by some 7.82 per cent so far.