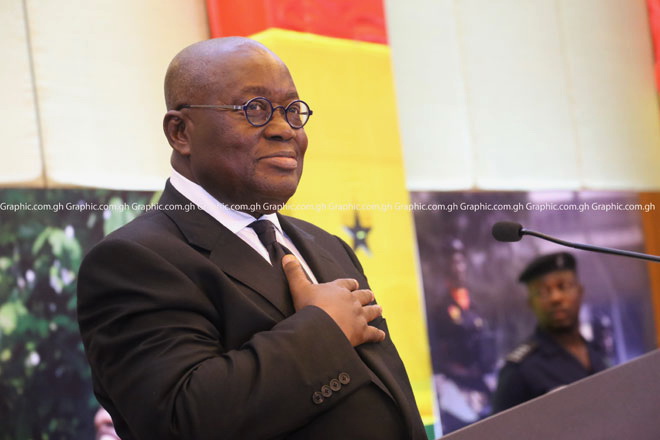 A grand ceremony to present Constitutional Instruments to give effect to the creation of the North East and Savannah Regions is underway at the Jubilee House in Accra.

President Nana Addo Dankwa Akufo-Addo will officially present CI 116 to the chiefs and people of the the North East Region, with its capital as Nalerigu, and sign an attestation document to seal the process.

Ahead of the official presentation, statements by key actors, including the Minister of Regional Reorganisation and Development, Mr Dan Kwaku Botwe, as well as a spokesperson for the chiefs and people of the North East Region, have praised the determination and leadership of President Akufo-Addo.

The spokesperson, on behalf of the Nayiri (overlord) of Mamprugu land, Naa Bohigu Abdulai Mahami Sheriga, thanked the President and expressed the hope that the creation of the new region will be solely for development purposes and nothing else.

He outlined the abysmal lack of infrastructure in the area and called on all citizens to return him to join hands to develop the place, saying the dream has just begun.

In attendance is Vice President Dr. Mahamudu Bawumia and a cross section of politicians from the majority and Minority sides.

Similar ceremonies will be held on Wednesday, 13th February, 2019 to complete the creation of the Bono East and Ahafo Regions, while the Western North and Oti Regions will have their turns on Friday, 15th February 2019.