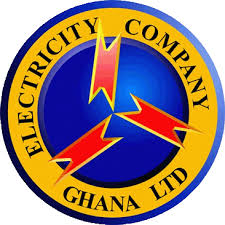 Electricity consumers will have to wait until April 1 to enjoy the reduction in electricity tariffs announced to take effect from tomorrow March 15.

Electricity consumers will have to wait until April 1 to enjoy the reduction in electricity tariffs announced to take effect from tomorrow March 15.

The Public Utilities Regulatory Commission (PURC) on March 5 announced a 17.5 per cent reduction in electricity tariff for residential consumers and 30 per cent for non-residential users.

A 25 per cent reduction was announced for Special Load Tariff Consumers and 10 per cent for mining companies in the country.

Though the reduction was required to take effect from Thursday, the Electricity Company of Ghana (ECG) at an emergency news conference on the eve of the big day announced it cannot implement the new tariff regime on the set date.

Managing Director of ECG, Ing. Samuel Boakye-Appiah, told journalists consumers would have to wait two more weeks to enjoy the reduction, which was a promise by the Akufo-Addo led government made possible by the PURC after a series of consultation and considerations. He explained the decision to extend the implementation date to April 1 stems from the fact that their prepaid metering system is set on a 28-day billing cycle, which cannot be altered in the middle of the month, TV3’s Daniel Opoku reported.

Notwithstanding the difficulty, he assured that consumers will still enjoy the reduction from March 15 but will be in arrears, thus consumers will be credited on their next purchase of power from April 1.

“…We are saying that when you purchase unit for the prepaid, your records will be there and then on 1st April when we are doing the computing, we will take that into account and credit you and whatever reduction that you deserve will reflect,” Ing. Boakye-Appiah told journalists.

He added: “So it is a question of when do I see the reduction? But as for the implementation, the programme is such that it will recognise it and you’d see the direct benefit from 1 April”.

We may go back to PURC for increment if…

Meanwhile, the ECG said though it did not get the quantum of increment submitted to the PURC, they have not given up on the matter as they will look at the new reduction figures to establish the impact it would have on their operations, and form the basis for another case to the regulator for consideration.

“Yes, we were expecting certain quantum of increase but we didn’t get all. Let me indicate that we are still in the process of looking at the numbers to see its [reduction] impact on our operations,” Ing Boakye-Appiah told our reporter when asked about how much the company was going to lose out of the reduction.

The MD noted that once the PURC has indicated that it would apply the automatic adjustment formulae in setting tariffs, once they realise “there are losses on our part, we will go back to them [PURC]”.

He said they will then make a case that to sustain the business, “we have to do A,B,C,D and then they will look at it and then everybody will be informed” of the outcome.