Covid-19: It must be a choice, not force — Group to government

The Coalition for Public Health and Justice is asking government institutions to stop compelling their workers to take the COVID-19 vaccine. Sp 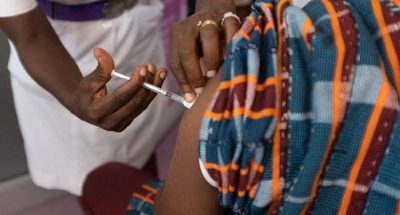 The Coalition for Public Health and Justice is asking government institutions to stop compelling their workers to take the COVID-19 vaccine.

Speaking to the press in Accra today, scientist, Dr. Edem Senanu, a member of the coalition stated that, the coalition holds nothing against covid-19 vaccines.

Their issue, he stated, is government mandatory vaccination.

According to him, children were being compelled to get the jab which was not right.

This, he stated his outfit petitioned the President, Nana Addo Dankwa Akufo-Addo who wrote back to them saying he had not endorsed mandatory vaccine roll out.

The coalition stated that there are instances where employees could not go to work because they had been turned away for not being vaccinated.

“Government can continue its vaccinations we are not against vaccinations, but government should allow citizens to have enough information about the various vaccines and their safety and allow citizens to make the choice that they want to take vaccine a or vaccine b or not take it at all. So our real concern is the mandate,” he stated.

Dr. Senanu added that some persons felt threatened about their job due to their refusal to take the covid-19 jab.

“Vaccinations are good, they’ve helped us over the years, but we don’t want a situation where people feel threatened that their jobs are on the line, they cannot go to school, they cannot go to parliament without being mandatorily vaccinated because the risks are there and people need to be comfortable,” he intimated.

According to him, people must be allowed to make their own choice as there are evidence of people having some side effects after taking the vaccine.

“The risks are there and people need to be comfortable before they take it. It’s also because we have incidents of people taking it and had paralysis. Some had family members pass away,” he emphasised.

The coalition has alleged that some 13 institutions have mandated their employees to get vaccinated with a deadline attached.

The coalition is calling on the government to be cautious of its mandatory COVID-19 vaccination approach.