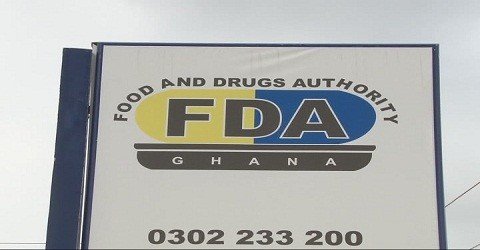 The Food and Drugs Authority (FDA) has said a Pharmacovigilance team from the Eastern Regional Office has been dispatched to the New Senchi Health Centre at Akrade in the Eastern Region to investigate injection reaction reports, which led to the death of three patients.

It said serious adverse reactions described as injection site abscess, skin necrosis and ulcers were reported during the third week of March, 2018 to the FDA when the patients had injections of Benzathine Penicillin at the Health Centre in the Asuogyaman District.

It said the investigation would be undertaken in collaboration with the Ghana Health Service and would keep the public updated as more information became available.

A statement signed by the Chief Executive Officer, Delese Mimi Darko, and copied to the Ghana News Agency on Friday, said preliminary investigations revealed that those reactions may be due to contaminated 0.9 per cent Normal Saline, the solution, which was used to reconstitute (mix) the Benzathine Penicillin Powder for injection.

The 0.9 per cent Normal Saline Solution was reported to have been opened and used repeatedly for several days, which might have resulted in the contamination.

Meanwhile, healthcare professionals and consumers have been encouraged to be vigilant and report untoward effects of medicines and health products to the FDA.

They could report by completing adverse reaction reporting forms provided in hospitals and community pharmacies designated as Patient Safety Centres across the country.