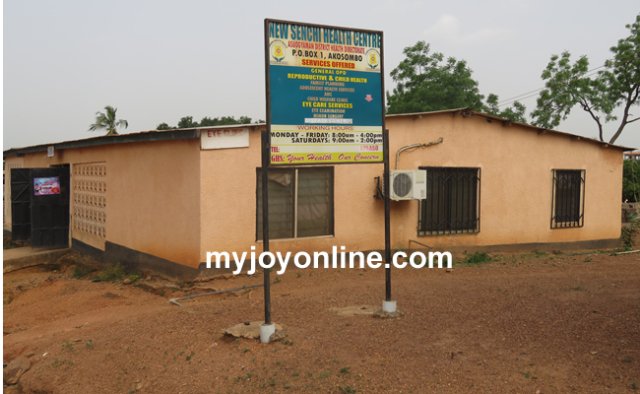 Investigations are still ongoing into the incident

The Ghana Physician Assistants Association has called off its strike with immediate effect following the release of one of their members who was arrested and detained for his involvement in the death of patients at the New Senchi Health Centre.

Simon Takrama was granted bail by the Koforidua High court in the Eastern on Tuesday after his lawyer told the court his client had nothing to do with the deaths.

Joy News’ Kofi Siaw was at the court and reports that the presiding judge agreed with the lawyer and granted the accused bail at an amount of GHS 20,000 with two sureties.

Simon Takrama and the disease control officer at the New Senchi Helath Centre, James Yeboah, were arrested after three persons died after contaminated penicillin injections were administered to them.

Two of the patients who have died from the injections

Another patient died days after at the Akuse Government Hosital days after taking the injection at the New Senchi Health Centre. Some 15 others were also said to have received the deadly injections.

James Yeboah is said to have improvised the poisonous injection found to contain benzathine penicillin.

Simon Takrama’s arrest led to a sit down strike across the country with the Physician Assistants demanding his release.

They had vowed not to resume work until their colleague, who they believe, did no wrong was freed.

At a press conference on Tuesday after his release, the leader of the Association, Peter Eyram Kuenyefu called on all his colleagues to resume work immediately.

“The leadership of the Association wishes to tell all our colleagues and the general public that Mr Simon Takrama has been granted bail…on this note, we are directing all physician assistants nationwide to resume work tomorrow April 18, 2018, while the leadership of the Association engages the Ministry of Health, Ghana Health Service, and other agencies on the way forward.”

Mr Kuenyefu cautioned government and its agencies that the association will not hesitate to resort to another strike if efforts are not made to resolve the many issues presented to it.

He, however, apologized to their clients as they were the ones affected by their action but said it was a necessary call.