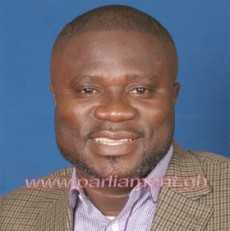 President Nana Addo Dankwa Akufo-Addo, on Thursday, 12th April, 2018, suspended from office, with immediate effect, the Chairperson of the Board of th

President Nana Addo Dankwa Akufo-Addo, on Thursday, 12th April, 2018, suspended from office, with immediate effect, the Chairperson of the Board of the National Sports Authority, Hon. Kwadwo Baah Agyeman.

This decision was communicated to the Board Chair by the Vice President of the Republic, Alhaji Dr. Mahamudu Bawumia, on Tuesday, 17th April, 2018, following the absence from the jurisdiction of the President, who is attending the 25th Commonwealth Heads of Government Meeting in London, United Kingdom.

Just as in the cases of the suspension of the Deputy Minister for Youth and Sports, Pius Enam Hadzide; and the acting Director General of the National Sports Authority, Hon. Robert Sarfo Mensah, the decision to suspend Hon. Kwadwo Baah Agyeman has been taken following preliminary investigations conducted into the circumstances that led to the arrest of some sixty (60) Ghanaians, who had allegedly attempted to enter Australia by false pretences, at the 21st Commonwealth Games.

The three officials, together with the President of the Ghana Olympic Committee, Mr. Ben Nunoo Mensah; and the Chef-de-Maison for the 2018 Commonwealth Games, Mr Mohammed Sahnoon, are to assist the Criminal Investigations Department of the Police Service in the ongoing investigations into the matter.