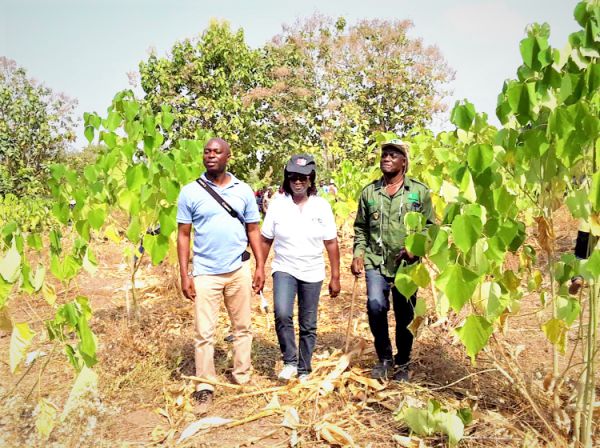 The Goaso District office of the Forestry Services Division (FSD) of the Forestry Commission has impounded about 3,000 chainsaw machines used by illegal operators to fell trees within forest reserves in the area over the past one year.

Also impounded are 18 motorbikes, while 23 persons, who were arrested by a special task force, have either been jailed or fined by the court for indulging in nefarious activities within forest reserves in the area.

The District Manager of the FSD, Mr Courage Quashigah, made this known when he briefed a team from the Forestry Commission which visited various forest reserves to inspect the re-afforestation projects being implemented by beneficiaries of the Youth in Agriculture and Afforestation Module under the Youth Employment Agency (YEA).

The team, led by the Chief Executive Officer (CEO) of the commission, Mr Kwadwo Owusu Afriyie, was in the Brong-Ahafo Region to inspect the ongoing afforestation projects being implemented in the Bechem, Goaso and Kintampo districts of the FSD by YEA beneficiaries.

Mr Quashigah said due to the impact of the ‘Operation halt illegal chainsaw operation’ launched about a year ago, people were now afraid to enter the various forest reserves to illegally harvest trees.

He explained that the impounded chainsaw machines, table top sawn machines and motorbike belonged to perpetrators who abandoned them and ran away because of the presence of members of the ‘Operation halt illegal chainsaw operation’.

“We will continue to fight them and preserve the forest reserves in the area for the sake of both current and future generations”, he said, and called for more logistics to support their efforts.

At Goaso, a total of 435 hectares of degraded areas of the Abonyire, Bonsam Bepo and the Ayum Forest reserves have been replanted by the 470 YEA beneficiaries sent to the area.

Tree seedlings which have been planted included mahogany, teak, acacia, ofram and gmelina.

In the Bechem District, Mr Owusu Afriyie inspected the Aparapi Forest Reserve  where a total of 422 degraded hectares had been replanted by beneficiaries of the Youth in Agriculture and Afforestation module.

He commended the beneficiaries for their dedication to duty and assured them that efforts were being made to settle all their salary arrears and the supply of uniforms and equipment to enhance their work.

Besides replanting degraded forest areas, some of these beneficiaries had also been assigned to plant seedling in some schools and along river banks as part of efforts to make Ghana green and fight the effects of the depletion of the ozone layer.

In the Kintampo District, the 1,107 YEA beneficiaries have replanted a total of 466 hectares of degraded forest within the Busumoa Forest Reserve and other off-reserves in the area. 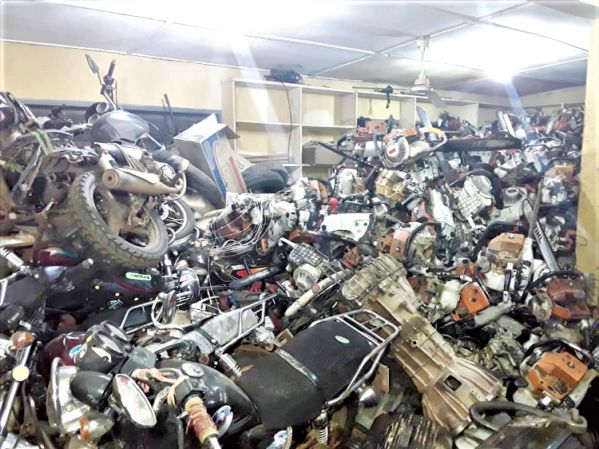 The Our Lady of Calvary Grotto belonging to the Roman Catholic Church and the Kintampo Waterfall are also benefiting from the activities of the Youth in Agriculture and Afforestation module.

At the Kintampo Waterfall, a total of 7.31 hectares of land had been planted with mahogany and other tree species, with plans to plant trees along the entire stretch of waterfalls.

The Kintampo District Manager of the FSD, Mr Edward Opoku-Antwi, said the engagement of the youth for the reforestation exercise was timely since it would help save the total depletion of the country’s forest cover.

He pleaded with the government to provide trucks for the transportation of the beneficiaries to and from the various sites which were very far from their communities.