Ghana to become major destination, thanks to President Akufo-Addo’s Year of Return Initiative

The architect of the Year of Return Strategy, President Akufo-Addo, and the First Lady received the International celebreties at his office at the 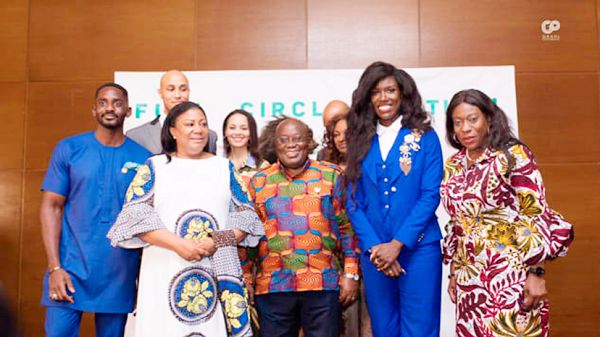 The architect of the Year of Return Strategy, President Akufo-Addo, and the First Lady received the International celebreties at his office at the Flagstaff House

When some of the most well-known faces from the African diaspora arrived for a recent vacation in Accra, Ghana, it looked like just another gathering of famous people.

Behind this meet-up of box office stars, fashion royalty and top creative minds is a focused and ambitious strategy to make Ghana a major tourist destination.

The country recently unveiled a 15-year-long tourism plan that seeks to increase the annual number of tourists to Ghana from one million to eight million per year by 2027.

Ghana’s travel industry is projected to raise $8.3 billion a year by 2027, plus associated benefits, according to the plan.

VIP guests attended events chaired by Ghana’s President Nana Addo Dankwa Akufo-Addo, the architect of the plan to boost tourism and diversify the country’s economy through reaching out to its diaspora, while guests took part in conferences, festivities and trips across the country to discover its unique and sobering heritage.

The primary purpose of the festival was to forge closer ties between Ghana and the African continent and those of African descent living elsewhere.

It’s 400 years since the first African slaves were taken from countries such as Ghana to mainland America, marking the start of the trans-Atlantic slave trade route.

This timing is based on the first recorded landing of a ship carrying Africans in Virginia in August 1619.

An estimated 75 per cent of slave dungeons on the west coast of Africa were in Ghana — millions of people were taken and transported on ships that departed from Ghanaian ports.