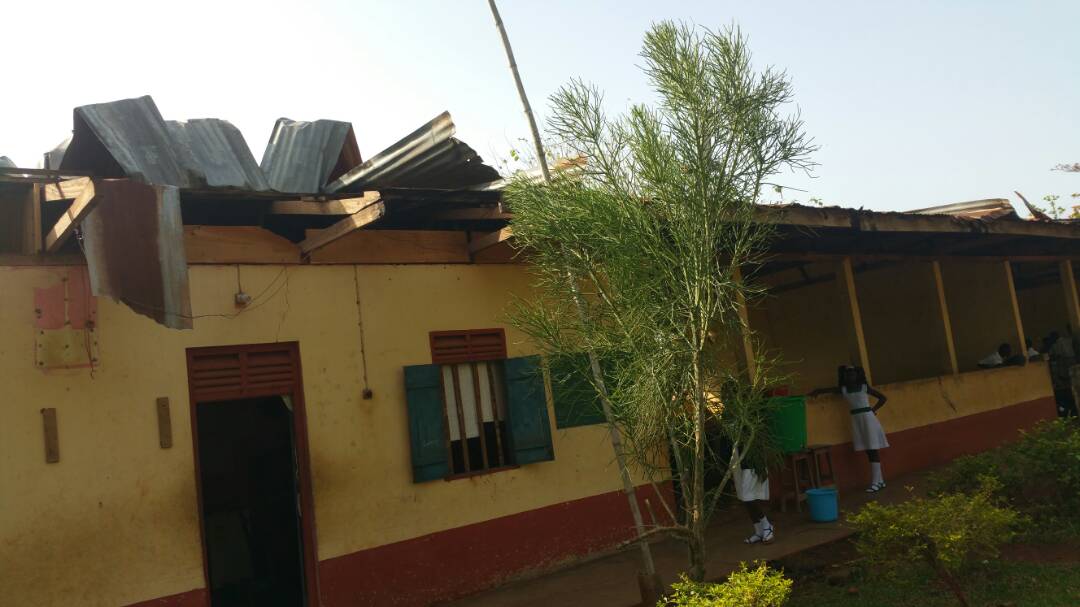 Pupils of Kukuom Roman Catholic JHS in the Asunafo South District in the Brong Ahafo Region are currently studying under deplorable conditions after rainstorms ripped off roofs of their school building on the 26th of February 2018. 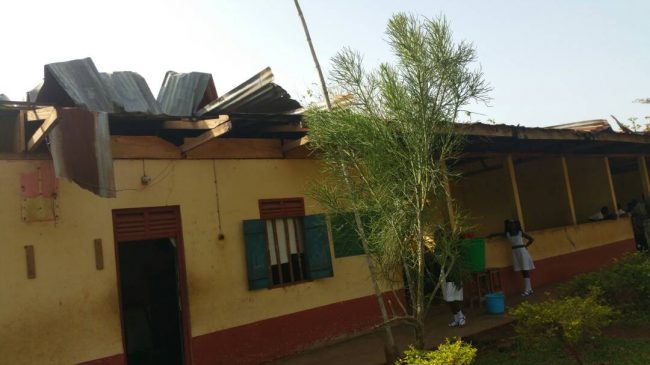 Speaking to Ahafo News, the Headmaster of the school, Mr. Tetteh said, ‘ The situation has affected academic activities in the school and made teaching impossible’.

Roofs of an entire administration block and some classroom blocks at the R/C basic school in the Asunafo South District Capital – Kukuom in the Brong Ahafo Region were ripped off after heavy rainfall.

The nature of destruction would have spelt disaster if any of the pupils and staff were in the classrooms.

As a result of the above, learning materials were destroyed by the rain causing students to go through the debris to recover their their destroyed books.

The situation has already left the dusty potholed-classroom floors muddy and full of water “but students have no option than to cope.”

The school which was established in 1978 has since not been renovated, according to the headmaster.

Yeboah Benjamin, reported that the dilapidated nature of the classrooms makes a good breeding habitat for snakes, scorpions etc.
.
“One day, a snake fell from the ceiling when class was in session and everybody ran helter skelter, ” the headmaster lamented.

A student of the school, Baidoo Benedicta said the situation affects teaching and learning in the school and demands an immediate attention.

The headmaster appealed to the government, individuals, and organisations to come to their aid.